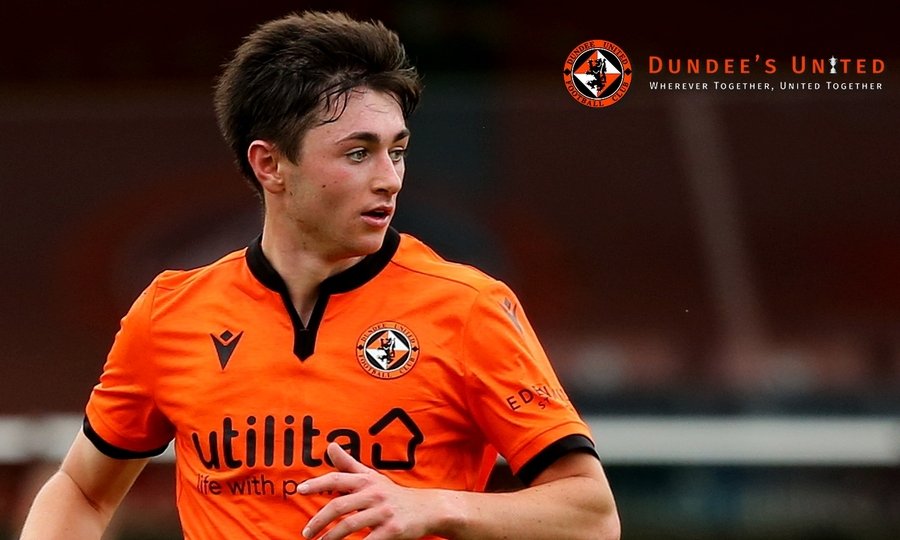 Our Academy graduate Declan Glass has joined Partick Thistle on a season-long loan to gain valuable first team football and continue his development.

The talented young attacking midfielder made his United debut in October 2017 and has gone on to make 18 appearances in a tangerine shirt, as well as two other loan spells at Airdrieonians and Cove Rangers.

Declan took his game to a new level over the course of last season when he clinched not one, but two league titles. He spent the first six months at the Balmoral Stadium where he helped Paul Hartley's side lead a charge at the top of League Two, contributing seven goals and ten assists as well as a Player of the Month award in August 2019.

He then returned to Tannadice for the second half of the campaign where he made an impact on our own title challenge before the leagues were shut down.

Manager Micky Mellon said: "I think it's a great place for Declan to go and play. An opportunity has come along to go to a good football club with a good manager in Ian McCall where we can be confident that he's going to reach the next level.

"He'll go there with a clear set of objectives that he has to hit in order to become what we want him to become which is a Dundee United player and a consistent player that holds down a position in the first team.

"He needs games because he's not getting enough of what he needs in training. He needs to be able to do it Saturday, Tuesday, Saturday in a first team to take him to the next level. I expect him to do that because he is a talented boy."