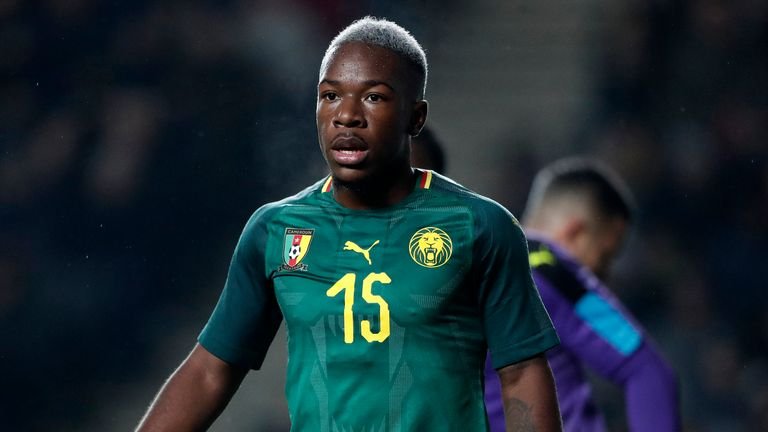 Dundee United is delighted to announce the signing of 22-year-old Jeando Fuchs from La Liga side Deportivo Alavés.

The tenacious midfielder, who has previously played for FC Sochaux-Montbéliard, as well as Maccabi Haifa on loan, joins on a two-year contract.

The Cameroonian has represented the French national youth teams up until the Under-20s and was part of the European U19 Championship-winning side in 2016 where he starred alongside Kylian Mbappe, but chose to represent Cameroon at senior level, notably making his debut against Brazil in 2018.

Sporting Director Tony Asghar said: "We are delighted to finally announce Jeando as a Dundee United player. He is a player our recruitment department identified early in the window that will come into our group and enhance the squad. He is the type of player that will excite our fans and we hope to play a big part in his further development as an international player as well."

Manager Micky Mellon added: "I’m excited that Jeando has finally signed. He is someone that will make our team better and that is the type of signings we need to be making. He is experienced even at a young age and from speaking to him he is hungry to do well for United. He has arrived with his partner and newborn baby and we will make them all welcome and, hopefully, once he is out of quarantine we will see him playing and be part of the United family."

Having arrived from Spain, Jeando will now follow government guidelines and undergo a 14-day isolation period.