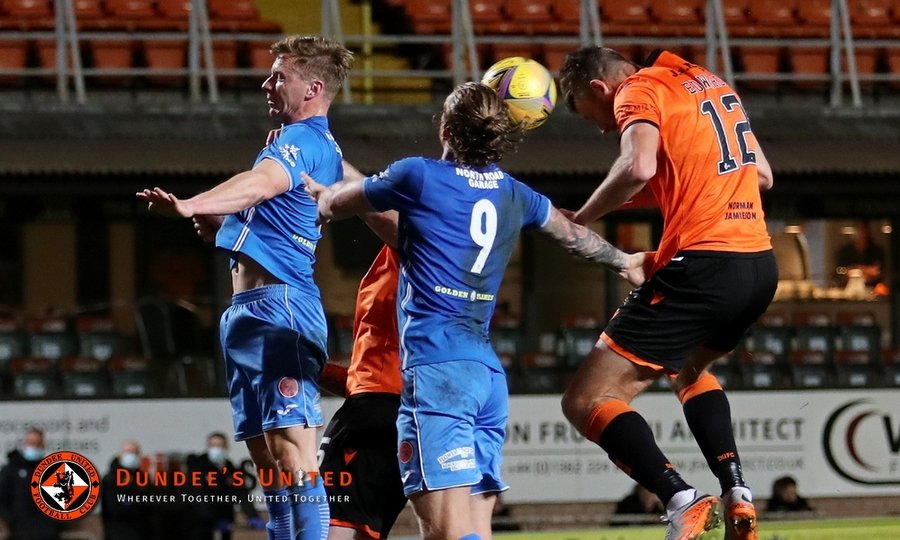 Dundee United rounded off their League Cup group stage triple-header with a promising win over Lowland League outfit Kelty Hearts. A Ryan Edwards header on the stroke of half time was enough to secure the win. The result gets the Terrors back on track ahead of the resumption of league business at the weekend.

Micky Mellon had clearly set out to play a structured game, and Dundee United began with a real design and purpose. The three centre backs of Connolly, Edwards and captain Reynolds looked to control possession, whilst wide men Luke Bolton and Our Academy Graduate Jamie Robson hugged the touchlines, using every inch of the Tannadice surface. This approach stretched the away side, allowing United’s pacey wingers acres of space. Pinpoint diagonal balls from the defence into these wide areas allowed United to build plenty of early pressure.

The first significant chance of the half arrived on 14 minutes courtesy of a fine Pawlett corner. His far post delivery was nodded back across the box where Connolly met it with a powerful header. The Kelty goalie made a fine save on that occasion, in a thronged box. Pressure from United saw shots from Harkes and Butcher get thumped into the thickets of Kelty defenders as United probed for an opening.

Kelty Hearts’ Lowland League status belies their strength, and their team sheet boasted many familiar SPFL names. Michael Tidser, recently of Falkirk, captained the side and he was joined from the bench by one-time Dundee United Captain Tam Scobbie. This quality was evidenced in the first half as Kelty’s robust defensive shape largely withstood what soon became a ceaseless United attack.

As the clocked ticked passed 47 minutes, it looked like Kelty had weathered the storm and would make it in to half time on even terms. In the penultimate kick of the game, United played in another corner, this time finding the towering head of Edwards who buried it convincingly into the net, putting United into a deserved lead. 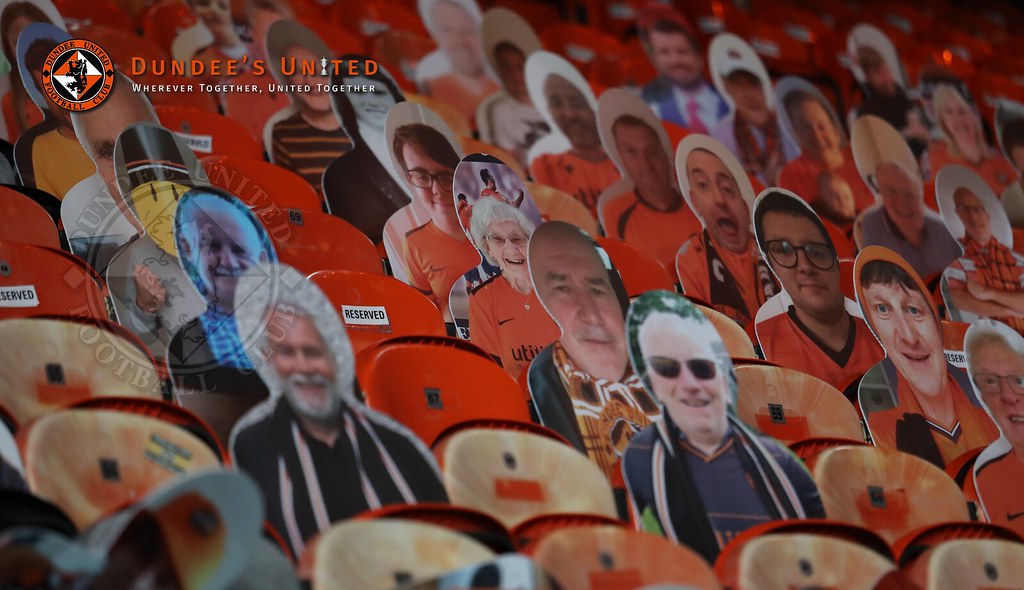 The second half saw Kelty Hearts clam up still more tightly in an attempt to better cope with United’s superior quality. The Tangerines' defensive line became entrenched on the half way line, the three United men cycling the ball between themselves and holding midfielder Butcher, sniping passes through to forward players whenever a glimmer of light appeared between them and a Kelty player.

Our Academy Graduate Louis Appéré saw a good 67 minutes of action as he seeks to compete for a starting jersey come the resumption of league business, before himself and Connolly were replaced by Cammy Smith and Dillon Powers respectively.  United’s final substitution of the night saw Our Academy Graduate Chris Mochrie come on for the best part of twenty minutes, replacing Peter Pawlett.

The second half played itself out without further incident as the game followed the familiar pattern of United attacking and Kelty packing their box.

The Terrors have their final group match against St Johnstone to play on the tenth of November, but focus will now shift to the arrival of Aberdeen on Saturday as the league resumes.