LAWRENCE SHANKLAND RECEIVES GOAL OF THE SEASON AWARD FROM DUSF 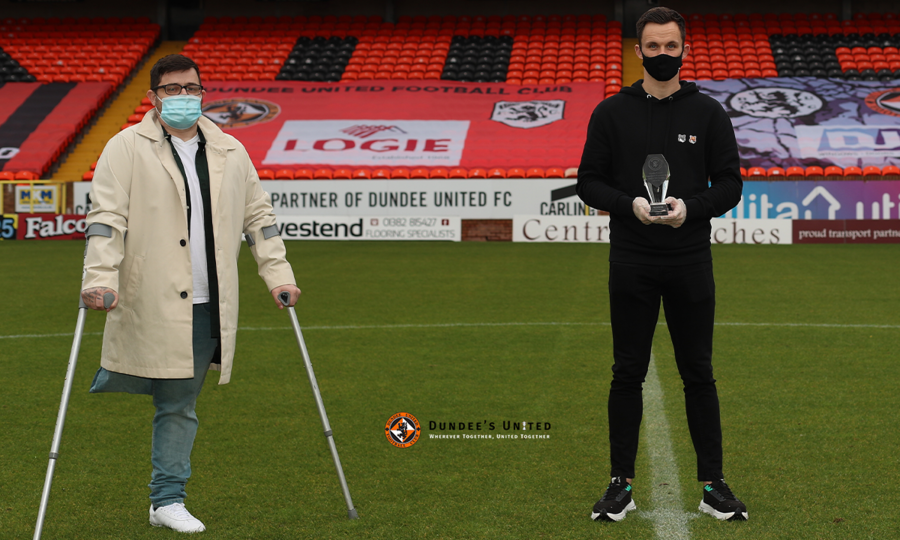 Lawrence's goal versus Hibs at Easter Road in the January Scottish Cup replay was voted the top goal with over 33% of the vote by some 750 members of DUSF. The winning goal beat off other efforts including Lawrence's cultured finish away to Dundee (2nd place), Louis Appere's strike versus Hibs (3rd place) and Ian Harkes' howitzer against Dundee at Tannadice (4th place).

Attending the photo on behalf of DUSF was Honorary member Tommy McKay who famously won the SPFL's goal of the month back in November 2016 for his half time event lobbed effort.

The Dundee United Supporters Foundation purpose is to provide additional financial support to the Club as well as ensuring that our members' views are made known. You can pledge your support here.