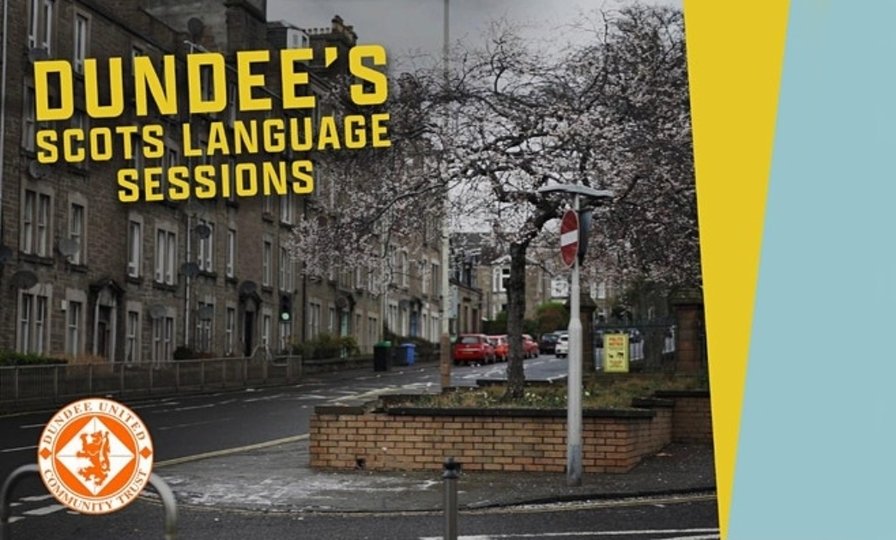 Dundonians are invited to the sessions which run from the 21st of January and will focus on different aspects of the history, literature and oral culture of the Scots Language in the city. The sessions will be light-hearted, friendly social get togethers. Registration is free, and places are limited.

Guest hosts will include poet and performer Gary Robertson, Sangster Sheena Wellington and writer and broadcaster Billy Kay. They will share their expertise with participants and support them as they produce their own stories in Dundee Scots.

The sessions are organised and led by writer and presenter Alistair Heather. Every week, Alistair will bring along enjoyable tasks for us to try out to improve our Dundee Scots, and introduce our guest hosts. Over the weeks, participants will produce stories in their Scots dialect and Alistair will help record them.

It will be an informal, inclusive blether, ideal for folk that want some good crack on the cold lockdown evenings. If you speak a bit of Dundonian, or want to ken a bitty mair aboot the language o oor toon, these are the sessions for you.

Over 30% of Dundee speaks Scots. It is a language that has been in Scotland nearly a millennium, and is as firmly a part of our heritage and identity as the landscape and buildings around us. It has been the national language of Scotland, spoken by everyone from Kings to farm workers for centuries. Recently it has not always been granted the respect it deserves. It is currently listed as ‘vulnerable’ by the UN. These sessions will help speakers understand the value and status of the language they have grown up with, and help make it more visible as a part of our cultural life.

The sessions are funded by the Maryfield Community Regeneration Forum and delivered in collaboration with the award-winning Dundee United Community Trust.

Alistair Heather said, "Sessions like these will help get fowk thegither in difficult times an gie them a confidence boost wi their language. Thoosans o Dundee fowk are bilingual, able tae speak baith Scots an English. This ability should be a celebrated source o confidence. Scots emerged fae the fowk that bide here. Its oors. Hopefully these sessions can gie the language a positive dunt here in Dundee.

"I’m delighted that Sheena Wellington, Billy Kay, Gary Robertson an ithers are gonnae drap in wi their expertise an guid humour tae help spreid their enthusiasm for the language. Dundee has a big role tae play in the Scots Language Renaissance we’re seein owre the hail country. Sign up, an get involved!”

Paul Wilson, Head of Community Development at DUCT added, “The sessions Ally and his guest hosts are planning will be fantastic in improving the awareness of Scots as a minority language. Scots is widely used in everyday life in Dundee and raising awareness of this minority language will help to empower those who currently speak the language, give confidence to those who have stopped using the language and also help improve the mental health and wellbeing of those attending the sessions.”

Dundee Councillor Lynne Short is enthused by the courses, and hopes to join them. She said, "I’m delighted that this opportunity is being brought to the city. I very much fall into the bracket of having had my pronunciation corrected as a child and now feel uncomfortable using Scots, however I do like to continue to take ownership of words and use them within my communications.

"I hope to be able to join in the sessions and feel as comfortable using my own language as much as those that I had to use when working overseas.”