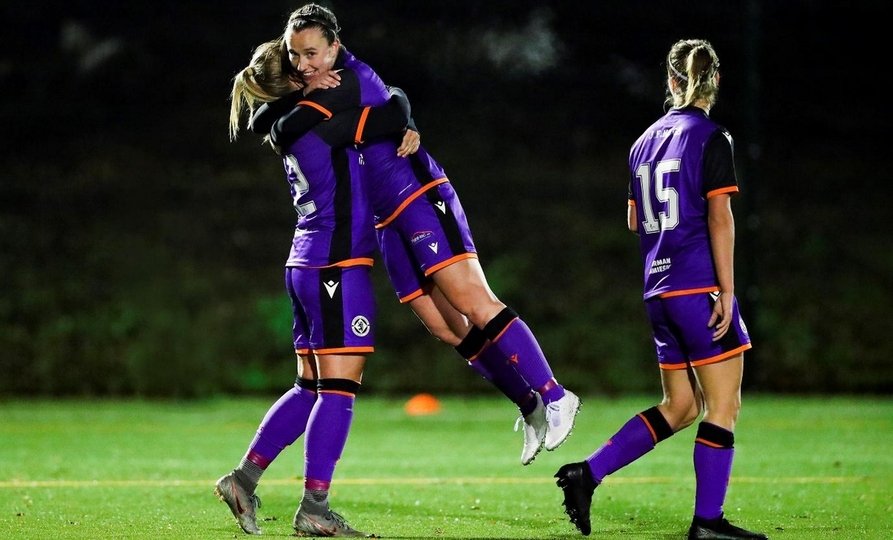 Last Sunday should have seen the women’s team return to action, however their season was suspended for three weeks as was all men’s football below the Championship.

It has been a good season so far for Gavin Beith’s side as they sit second in the league with ten games played of the scheduled 27. Plus, Plus, they are currently on a six-game unbeaten run.

Following the voided 2020 season, its replacement was announced as a new winter season, beginning in October and ending in May. As opposed to relegation and a play-off between SWPL1 and 2, the top two will be promoted with no relegation while at the bottom of the latter, two teams will be promoted from the Championship North and South. A play-off identical to the men’s League Two & Highland/Lowland League is due to be played between the team finishing bottom of SWPL2 and the two Championship runners-up.

September saw a return to training again and there were five new additions to the squad. Haley Kern was the first, the American midfielder dropping down a level shortly before 14-year-old winger Alex Robson signed from Celtic.

The new season got underway on October 18th with a seven-goal thriller at Aberdeen. Despite leading 3-1 through strikes from Tammy Harkin, Steffi Simson and Stina Kleppe, a late injury-time winner meant all three points stayed up north.

A 1-1 draw away to Partick Thistle followed with Jade McLaren grabbing the United goal and they would have been disappointed not to go on and take all three points.

It was to be the same scoreline a week later at Lesser Hampden, albeit in Queen’s Park’s favour despite Robyn Smith giving United the lead in the first half.

Following this, Beith’s side embarked on an unbeaten run, starting with Neve Guthrie netting the only goal against St Johnstone at a very muddy Tulloch Park.

Two days later, Glasgow were two goals ahead at the RPC only for Robyn Smith to net twice in six minutes for a share of the spoils, her second goal of the evening a spectacular acrobatic effort.

Smith was in magnificent form during this run with herself and Stina Kleppe earning United the points at home to Hamilton Academical on November 22nd.

This was to continue a week later against Boroughmuir Thistle; Megan Burns, Smith, Jade McLaren and Holly Napier all grabbing a goal in the 4-1 win.

Striker Danni McGinley had been missing since the first game of the season but returned on December 6th at Rugby Park in a 4-0 dismantling of Kilmarnock when she netted twice in a 28-minute cameo appearance, Smith also netting alongside an own goal.

The last game of the season so far was the following week before the scheduled winter break when they travelled to the capital to take on Boroughmuir again. Steffi Simson put United ahead and, despite Thistle equalising, Smith scored a late winner for her eighth of the season to consolidate second spot in the league.

The season is now scheduled to restart in February, however this may be further delayed.