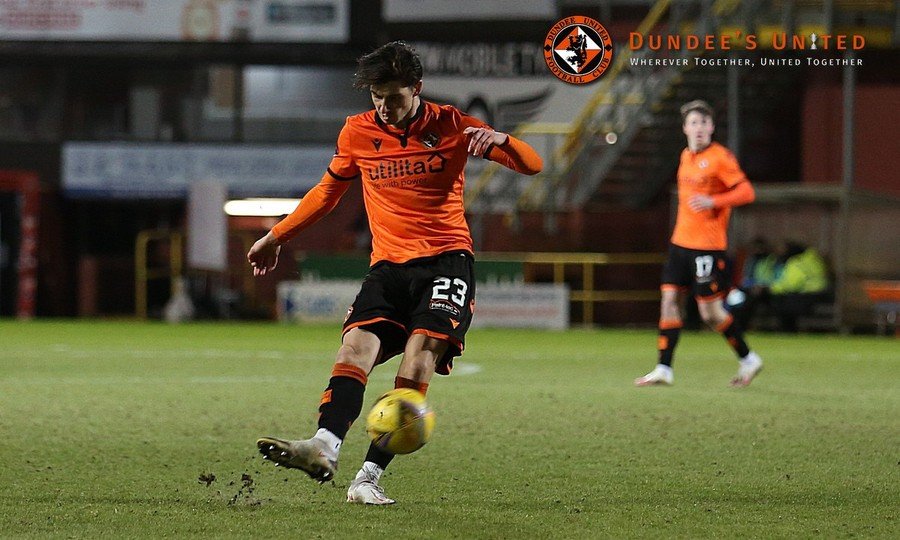 Dundee United fell to a heavy midweek defeat, as they lost 5-1 to St Mirren.

Significant changes were made to the Terrors from their scoreless draw in Hamilton. Deniz was recalled to the starting XI, making his second league start this season as Benji Siegrist dropped to the bench. Speedy loanee Luke Bolton on the right and Mark McNulty on the left completed the refreshed United line up.

St Mirren were arriving a wounded animal; just three days previously they had lost the League Cup Semi Final to Livingston. The visitors made changes, most notable perhaps was the incoming Johnathan Obika up front, whose introduction at Hampden had stirred the Buddies into creating their best scoring chances.

The Tangerines started the game shooting down the hill, and initially played with an attacking verve. Shankland in particular stood out early on with his linking passes being fired into dangerous spaces for speedy team mates to run onto in wide areas. United carried the bulk of the threat in the opening 20 minutes.

St Mirren grew into the game. A brace of corners that United struggled to clear coughed up a chance. Erhahon burst on to a loose ball from the midfield and piled a shot into bodies in the penalty box.

If the momentum had been with United for the first 20, it swung firmly to St Mirren for the following twenty-five. The visitors won a free kick, which was lofted into the box where Joe Shaughnessy rose highest to head it home. A disappointment for United, who conceded their third headed goal in as many games.

Just after forty minutes, St Mirren were again stress-testing the United backline. Captain Reynolds put both hands into the back of an attacking player, giving away a penalty. Jamie McGrath slotted away a professional effort from the spot. Incredibly, St Mirren were awarded another penalty just three minutes later. This time it was Shankland fingered for blocking a strike with his arm in an unnatural position. Once again, Jamie McGrath struck the penalty well.

The referee blew for half time shortly after. United would be shooting up the hill and with a mountain to climb in the second half.

Please click on the image above to view our Match Gallery on Flickr. Alternatively use this link.

Manager Micky Mellon turned to Our Academy Graduate Kai Fotheringham to replace Texan Dillon Powers at half time. The formation shifted to an attacking 4-4-2.

Within the first minute, Shankland found space to strike and tested Jack Alnwick in the St Mirren goal. The new system allowed McNulty to play more centrally, and his running caused all sorts of disorganisation in the St Mirren defence.

Ian Harkes gave United a spark of hope on 54 minutes, by scoring one of the great goals of the season. Luke Bolton played a ball across from a wide area, and the young American talent clipped it first time, curving his shot beautifully into the high left of the St Mirren net. The Terrors weren’t back in the game yet, but Harkes had put the result back in doubt.

St Mirren slammed the door on any hopes of a revival, as they scored goals four and five on 80 and 85 minutes.

United tried to muster something in the closing minutes, but the score remained the same, and the Terrors fell to their biggest home defeat of the season.