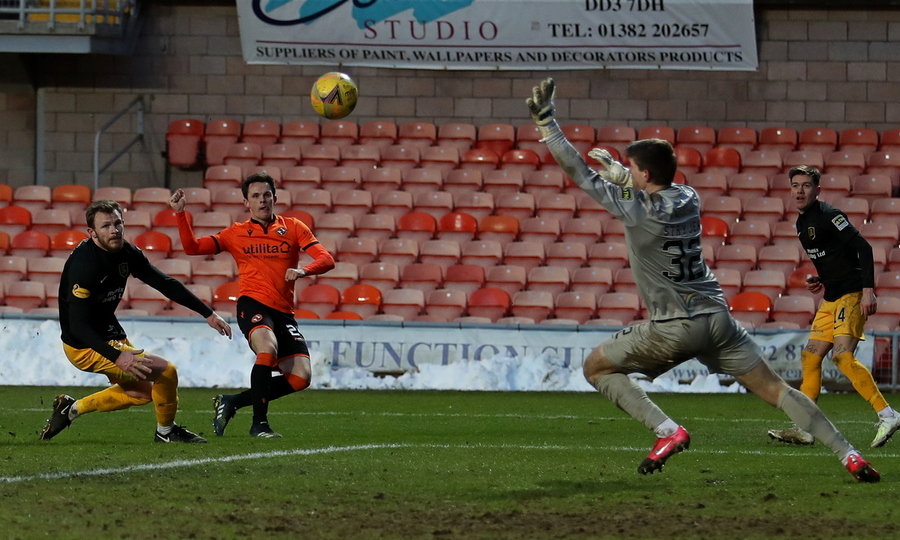 Dundee United romped to a three-goal victory in a sparkling display against Livingston at Tannadice.

Our Academy Graduate Louis Appère was the only change to the starting eleven that had been victorious away in Dingwall, with the manager keeping the faith with the attacking formation used a week ago.

A positive start from United saw visitors Livingston pressured within the opening seconds. A hacked Livi attempt at a defensive clearance saw the ball spin high in the air above the penalty box, with Spörle the surprise winner of possession. United flooded men forward to take advantage. The ball was carried wide by Our Academy graduate Jamie Robson, who powered past his man, and fired in a low cross. With a sumptuous touch with his right, then a neat, clipped shot with his left, Spörle struck United into the lead. The ball hit the top of the net with less than 55 seconds showing on the matchday clock. An incredible start for the Terrors, and a big reward for their opening positivity. 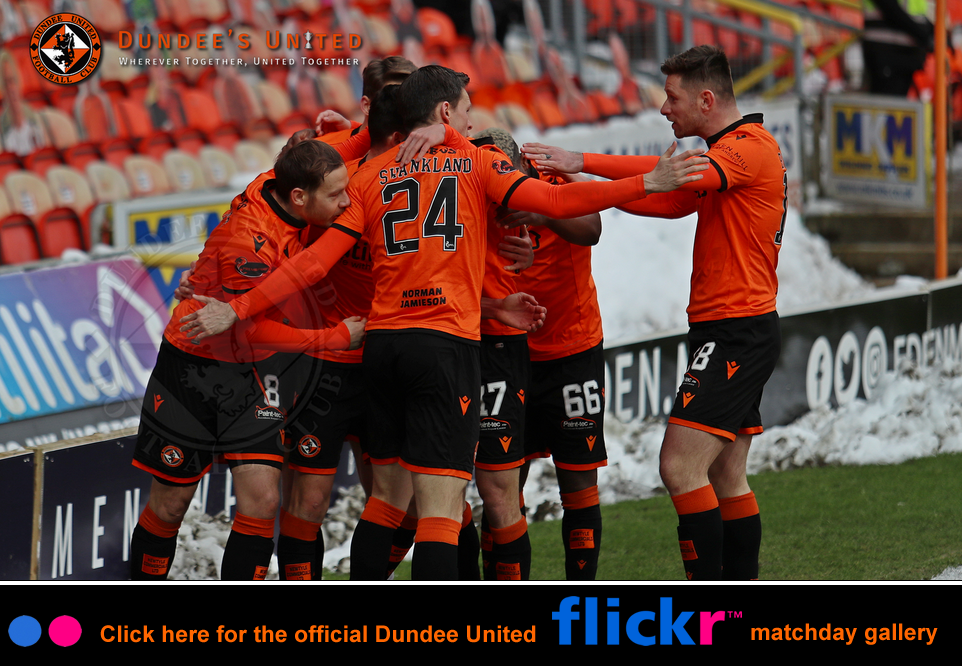 The opening twenty minutes saw opportunities swing back and forth like a Newton’s Cradle. In the heady moments after Spörle’s strike, Fitzwater nearly knocked in a set piece for Livingston and Shankland had a chance clumsily blocked from within the area. An early injury to Livingston forward Robinson saw Kay Emmauel-Thomas make an appearance from the bench, changing up the attacking threat.

Marvin Bartley had been identified in advance by several pundits as a key threat for Livingston, but Peter Pawlett had the run of him for the first half an hour. Indeed, Pawlett had been impactful in the midfield and from the set piece. On thirty minutes, Pawlett was looking to spring another United attack, carrying from deep into traffic. Overwhelmed, he lost control of the ball and made a lunge to try and regain it. Unfortunately, his stretching leg connected with the shin of a Livi player. The referee deemed it a red card offence, and off Pawlett went. A setback after a thrilling half hour.

Both Micky Mellon and David Martindale brought several charges over for hasty discussions at the dugout. Spörle, who had provided so much creativity so far on the left, was substituted off, with Ian Harkes coming on.

Harkes earned his crust within moments. Livi were looking to burst up the right, but Harkes put his body in the way, reversing play. The American showed terrific composure to bring the ball under control then played an utterly elegant ball into the penalty area where Shankland shot the ball home. Ten man United were two goals in front.

The Terrors saw the half out, weathering a period of pressure as Livingston deployed a series of set-pieces.

The opening 15 minutes of the second half saw a resolved United face up to a bit of an onslaught. Livingston looked for width and launched repeated balls into United the box. Ryan Edwards was a colossus in the air, winning far more than he lost. The tangerine midfield relieved pressure by playing through Harkes and Shankland stretching their markers down the left.

Interplay between the star striker and Harkes left the American running through on goal. A cynical challenge from Fitzwater brought the attack to a halt. The referee Walsh reached straight for the top pocket, brandishing his red card for a second time in the game, to the utter consternation of the Livingston defence. Both teams were reduced to ten men, with just over a quarter of the game remaining.

The game descended into an arm wrestle after the second red card, with much of the play locked in the midfield. The talents of Fuchs, Butcher and Harkes of tussling hard and winning the ball in tight areas came to the fore.

Shankland had been outstanding all game, but still had plenty left in the tank to finish with a flourish. On the 83rd minute he won the ball in the air in an advanced position, cut inside his man and shot past the Livi goalie to make it three.

United retained intensity to the final whistle, securing three points with three goals and a second clean sheet in a row.