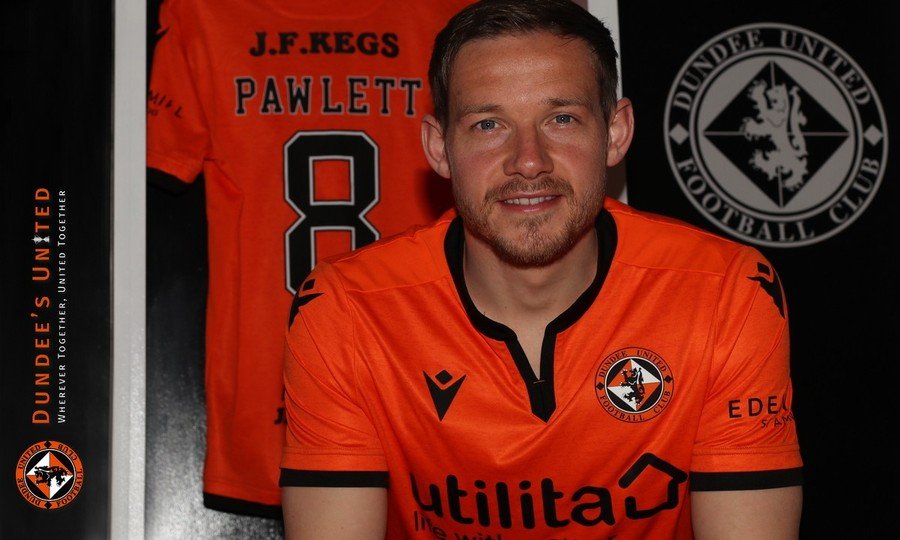 Dundee United are pleased to announce midfielder Peter Pawlett has signed a two-year contract extension, keeping him at Tannadice until 2023.

Pawlett, who joined the Club in January 2019, helped us back to the Premiership in his first full season in Tangerine and has made 30 appearances this season across all competitions, scoring twice, and hopes to add to his tally with the remaining games in the campaign and a Scottish Cup semi-final on the horizon.

Speaking to DUTV, Pete said: "I'm delighted, of course, to sign the extension. This is a great football club to be at and I've enjoyed every single minute I've been here thus far. When I got here, the aim was always to get back into the Premiership and stay there which we've succeeded in doing. Hopefully, we can push on and look further up the league next season.

"There's been a lot of positive things during my time here and we've started to achieve some goals. Hopefully, we can continue to progress and build the Club to better things."

Pawlett was one of the first signings made under the ownership of Chairman Mark Ogren and the arrival of Sporting Director Tony Asghar. He believes the Club is in a much better place compared to when he arrived.

"It's come on leaps and bounds," said the 30-year-old. "Mark, Scott (Ogren) and Tony deserve a lot of credit for what they've brought to Dundee United. They've given us a great platform to go and build on and they support us massively.

"We've got an experienced group of core players who still have so much to offer. You need a nucleus of older boys within the squad for that knowledge to keep the young ones going or pull everyone together when necessary.

"Hopefully, in my role, I can provide that support for the young players and continue to help move the Club in the right direction."

Manager Micky Mellon added: "I believe Pete is a good player and I've always said I want to keep good players at Dundee United. I look forward to working with him as we continue to try to keep moving the club forward. His level of performance has been very good and we're delighted to see him commit himself to the Club for another couple of seasons.

"He's one of the players I believe will be a great example for the young players with his good habits and his intensity in training and playing."