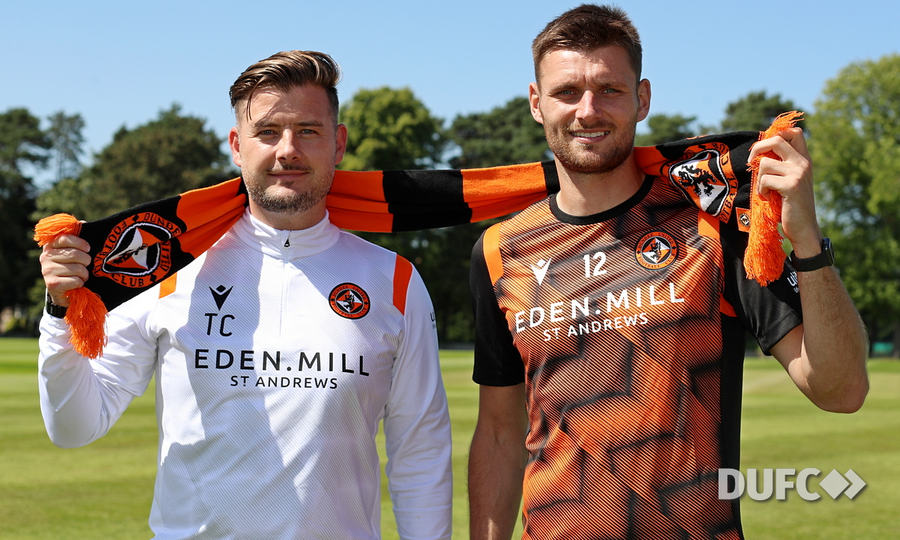 We are delighted to confirm defender Ryan Edwards has committed his future to Dundee United by signing a new two-year deal, keeping him at Tannadice until 2023.

The towering centre-half arrived last summer and has made a total of 33 appearances in Tangerine. Ryan became a regular in the backline during the second half of last season, a run that saw him keep eight of his 13 clean sheets so far at United and help the club to a Scottish Cup Semi-Final.

Ryan has also proven to be a threat at the other end of the pitch with a total of four goals for the club, most notably being his header against Aberdeen at Pittodrie in the Scottish Cup Quarter-Final.

"I'm buzzing to get this new deal done," said the defender. "My time at United so far has been brilliant. It's the best group of lads I've been with in my career both on and off the pitch, it was a no brainer to want to stick around.

"We finished last season a point outside the top six and a cup semi-final, this is a club that's going places and I want to be part of that. You also see the fans getting back in Tannadice last night and the atmosphere that brings so I can't wait to see the place packed out fully.

"I had discussions with Sporting Director Tony Asghar at the end of last season about extending my stay. Then with the arrival of the new gaffer and him laying out his plans for myself and the team it made me even more excited about committing my future."

Hear from Ryan in an exclusive interview with DUTV now.