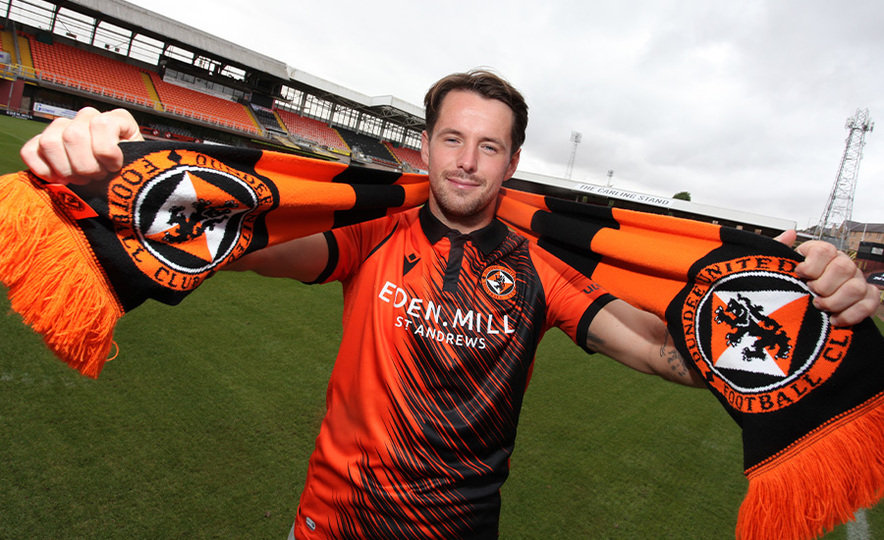 Dundee United is thrilled to announce that striker Marc McNulty has returned to the club on a season-long loan from Reading, subject to international clearance.

'Sparky' first pulled on a tangerine jersey last season, scoring five goals in 30 appearances despite being utilised in a wide role, helping the club to a ninth-place finish in our first season back in the Scottish top flight and a Scottish Cup semi-final. In total, the 28-year-old has 123 career goals to his name.

The Scotland international has vast experience across Scotland and England, turning out for the likes of Sheffield United, Portsmouth, Reading, Hibernian and Sunderland.

"I'm buzzing to be back," Marc told DUTV. "I really enjoyed my time here last season, I said it was a great club that was going places. Obviously, there's been a change of management but that never affected my decision in wanting to come back and, luckily, it's not affected the club wanting me to return."

"Any player always wants to be wanted and for me when the manager wants you as a number nine and to score goals that's a key factor. You want to play in your best position and that's something that excites me.

"It's a great club that has amazing people working behind the scenes. From Tannadice to St Andrew's all the way up to the Sporting Director and Chairman, and is one that's moving in the right direction.

"It was a place I wanted to come back to because I knew the people who are running it and people behind the scenes are driven to make players and staff improve."

Head Coach Tam Courts added: "We’re delighted to bring a striker of Marc’s quality back to the club, as he’s a proven goalscorer in the league and now approaching his prime. When you look closely, he was involved in a lot of our best-attacking play last year so, that gives me a lot of optimism for the impact he can have once we get him up to speed."

In accordance with the aforementioned international clearance, it is hoped Marc will be part of the matchday squad tomorrow at Ayr United.

An exclusive interview with Marc is now available free-to-view on DUTV now.