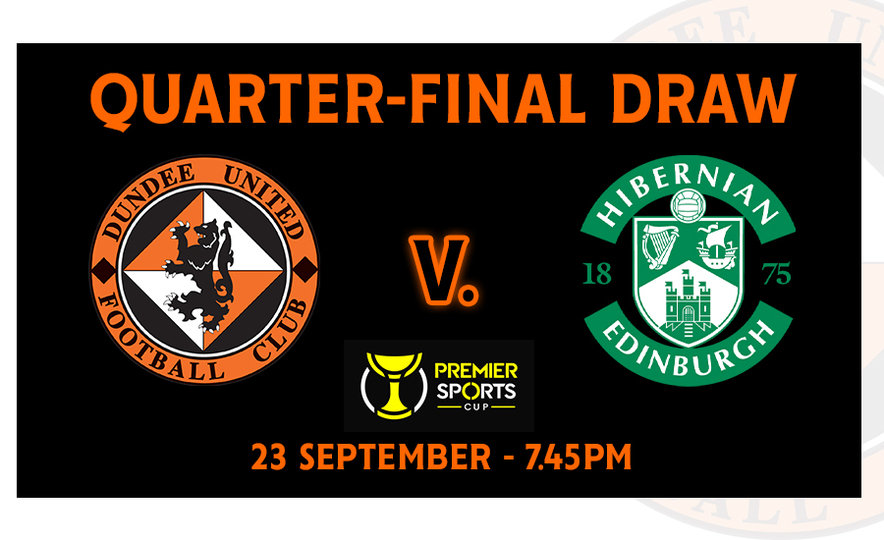 Our Premier Sports Cup Quarter-Final clash with Hibernian has been confirmed to be a 7.45pm kick-off on Thursday, September 23, live on Premier Sports.

Due to the Dundee derby on Sunday, September 19 and confirmed UEL or UECL group stage football for Celtic and Rangers, which is likely to see their Premiership matches on September 18 moved to Sunday in due course, it was not possible to schedule any fixtures for Tuesday, September 21.

Please note, that due to this arrangement our cinch Premiership match with Celtic, originally scheduled for Saturday, September 25, has been pushed back to Sunday 26. The kick-off time of 3pm remains the same.