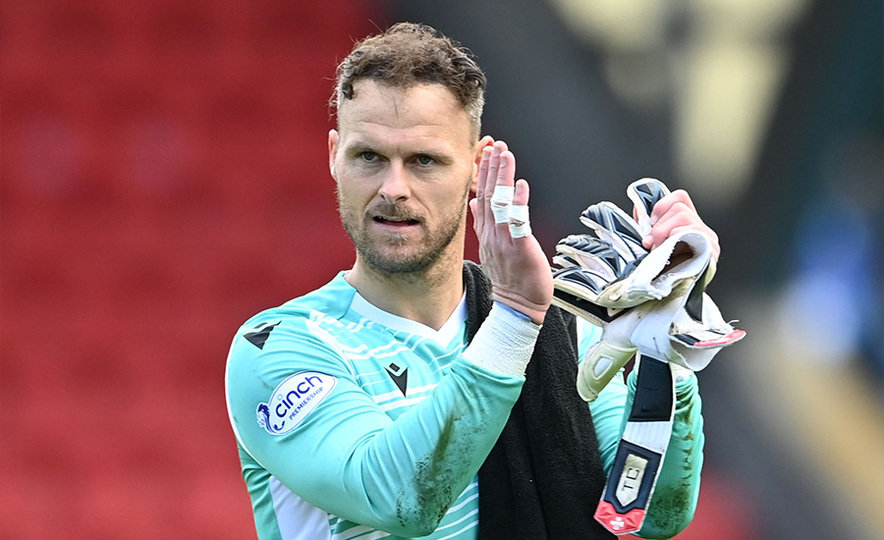 Goalkeeper Trevor Carson has been included in Ian Baraclough's Northern Ireland squad for their upcoming FIFA World Cup 2022 qualifiers against Lithuania and Switzerland.

Between those two fixtures on September 2 and 8, they'll travel to Estonia for an International Friendly on September 5.

'Trev' has been capped five times by Northern Ireland, making his international debut on March 24 2018, against South Korea at Windsor Park.

Northern Ireland currently sit third in Group C in the World Cup qualifiers, after one draw and one defeat from their opening two games.

"Since arriving at the club, Trevor has bought right into the culture of Dundee United and has fit seamlessly into the dressing room. You could see in his debut on Sunday not just his quality as a goalkeeper, but also the connection he already has with his teammates."

Everyone at the club would like to wish Trevor all the best on international duty.