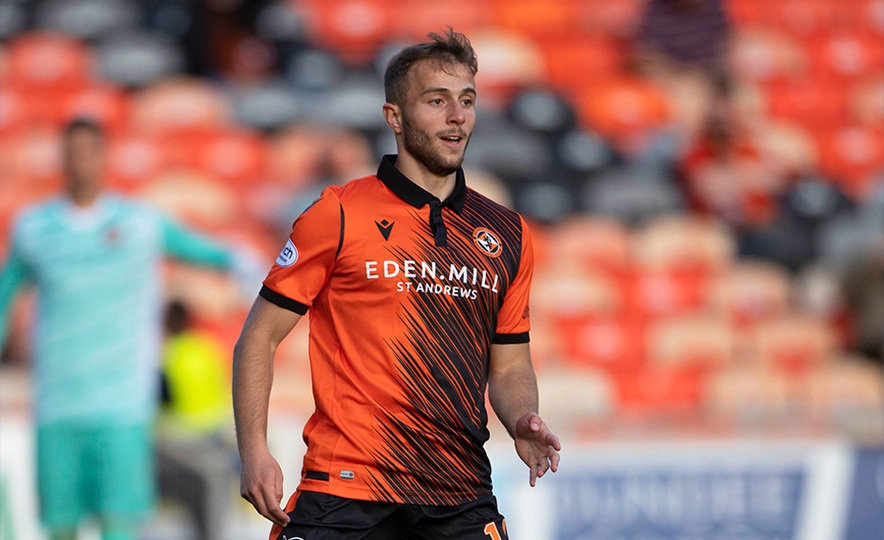 Florent Hoti has been called up to the Kosovo Under-21 squad for their upcoming UEFA U21 Championship qualification match against England (September 7).

Flo was included in the Kosovo U21 squad for the first time back in June for their qualifier against Andorra, a match in which he made his debut having been included in the starting XI. Kosovo won the match 2-0.

Earlier last season, Flo was called up to the Albanian Under-21 squad's training camp courtesy of his dual heritage through his parents but was unable to travel due to Covid-19 travel restrictions.

Kosovo have taken six points from their opening six matches in Group C.

Head Coach Tam Courts: "It was fantastic to see Flo included in the Kosovo U21 squad for the first time at the beginning of the summer and we're delighted to see him recalled for their upcoming match against England. To see more of our young players receiving international recognition is brilliant for the club.

"Flo has progressed a lot during his time at Dundee United so far. We hope that this latest call up with Kosovo will aid even more in his development and a qualifier against England is an ideal opportunity to showcase his ability."

Everyone at the club would like to wish Flo all the best on international duty.