CHRIS MOCHRIE CALLED UP TO SCOTLAND UNDER-21 SQUAD 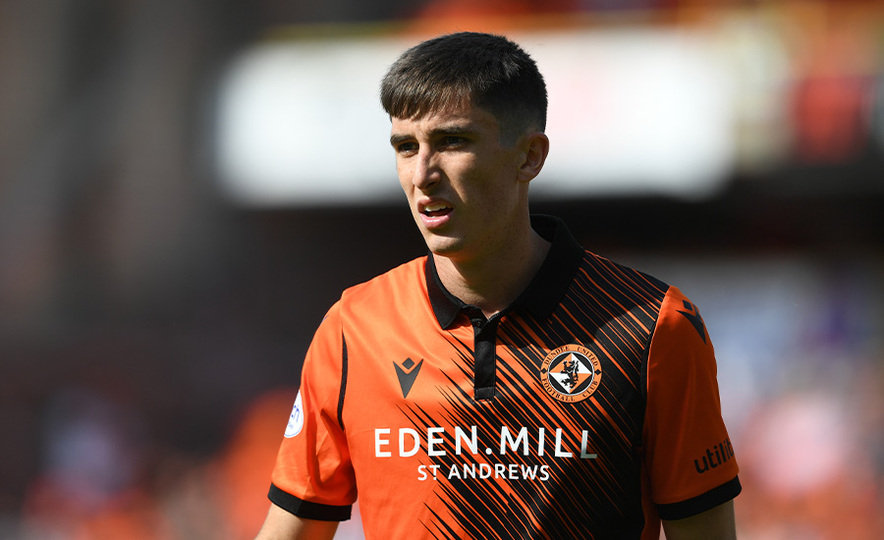 We are thrilled to confirm that Our Academy graduate Chris Mochrie has been called up to the Scotland Under-21 squad for the upcoming UEFA U21 Championship qualification match against Turkey (September 7).

Fresh off the back of his first senior United goal and first Premiership start yesterday, Chris - who was recently included in the U19 squad - has been included in Scot Gemmill's squad for the first time.

The young midfielder has also been capped at U16 and U17 level.

This is Scotland's first match in Group I of the U21 UEFA Qualifiers. The clash with Turkey will be Scotland’s first competitive fixture at U21 level since November 2020.

Head Coach Tam Courts said: "This is a fantastic achievement for Chris, and for everyone who has had an impact on his development over the years. It's another great sign of the hard work being done in Our Academy and the Club in bringing our own players through to not just be successful players at Tannadice, but on the international stage too.

"He's had a decent start to the season due to the way that he’s committed himself to getting better and he’s a player that I’d like to see earn more opportunities with the first-team. Hopefully, he can go away and have an impact with the U21s before coming back and fighting for more game time."

Everyone at the club would like to wish Chris all the best on international duty.