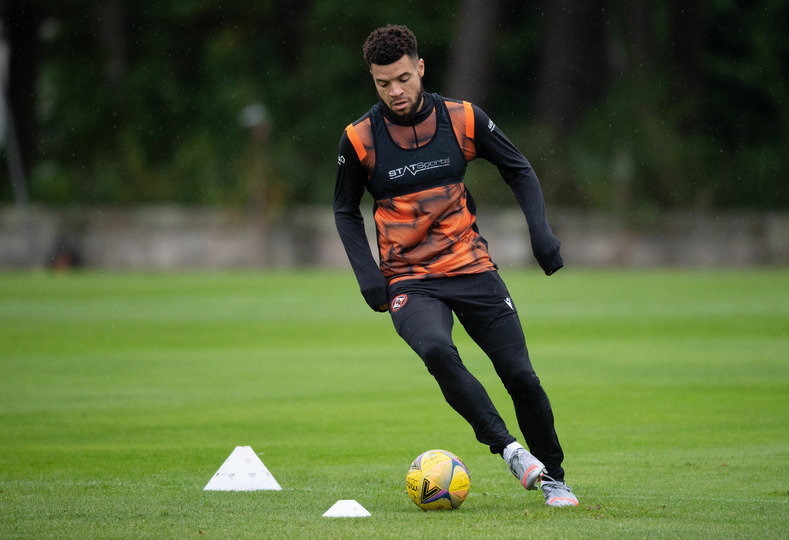 Dundee United are pleased to introduce our latest signing – Striker Maxime Biamou. The 30-year-old joins United after leaving Coventry City, and subject to international clearance, has signed on an initial contract until the end of the current season.

Frenchman Max, who will wear the number 94, teams up with United after a successful four year period at the English club where he helped the Club become League One Champions in 2019/20 – only a year after helping them secure promotion from League Two. He also played alongside fellow Tangerine Marc McNulty during the successful 2018/19 season.

Manager Thomas Courts said, “Max is a different profile to what we already have at the club and complements our existing forwards. He is someone who has performed consistently well during his time in English football and has all the attributes to be a success in Scottish football. I think our fans will connect with Max quickly, as he brings total commitment to every performance”.

Sporting Director Tony Asghar said, “Max has been on our radar for a while now and has had interest from England and abroad but has chose to come to Dundee United. He will add quality to our squad and I am pleased to get the deal done. We have been very selective in our transfer business this season and it has paid off so far. We believe that Max will be another who will show himself to be a great addition and someone who will improve with infrastructure, facilities and staff here at his disposal.”

DUTV viewers can catch up on an exclusive interview with Max.