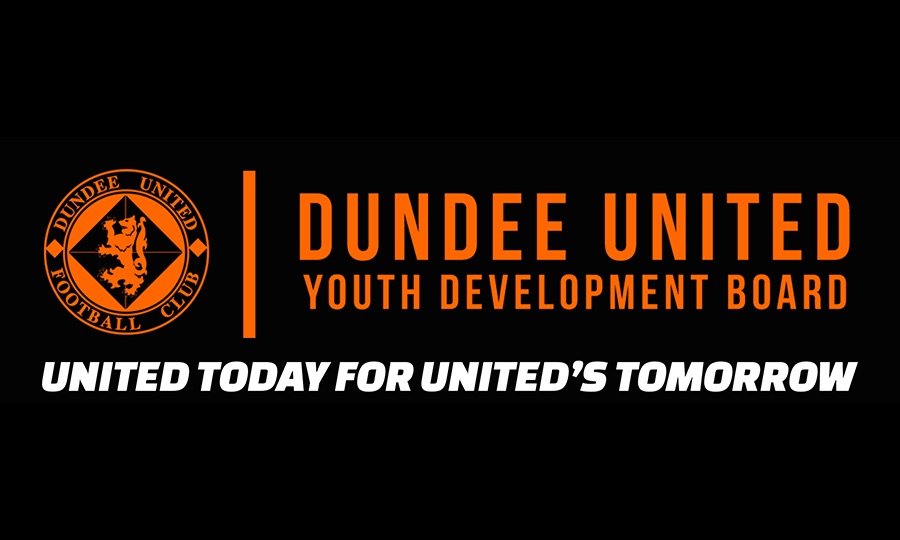 Dundee United are pleased to announce that the logo of the DUYDB will appear on the sleeves of all Academy matchday tops until the end of the current season as we thank them for their continued fund-raising support of operations at Our Academy.

The Youth Board, which has co-ordinated financial donations into the Academy since 2016, have continued to support Our Academy through initiatives such the Additional Games Programme and the annual Academy Awards event. The former allows all age groups throughout United’s youth setup to participate in high-level tournaments across the continent, providing formidable opposition for the teams to challenge themselves against – a key aspect of player development.

Further, the money injected by DUYDB, in excess of £100,000 so far, has also aided in setting up virtual masterclasses with some of the best talent Scotland has to offer such as Andy Robertson, Billy Gilmour, Ryan Gauld, as well as current United stars Charlie Mulgrew, Benji Siegrist and Ian Harkes, and over 1000 minutes of position-specific workshops for multiple teams during our ground-breaking Our Academy at Home programme during lockdown.

Finally, both parents and coaches alike have developed their respective knowledge of practices at Our Academy with Parents United workshops and Club Coach CPDs a regular feature over the past year.

You can find out more about the work done by DUYDB by visiting here.