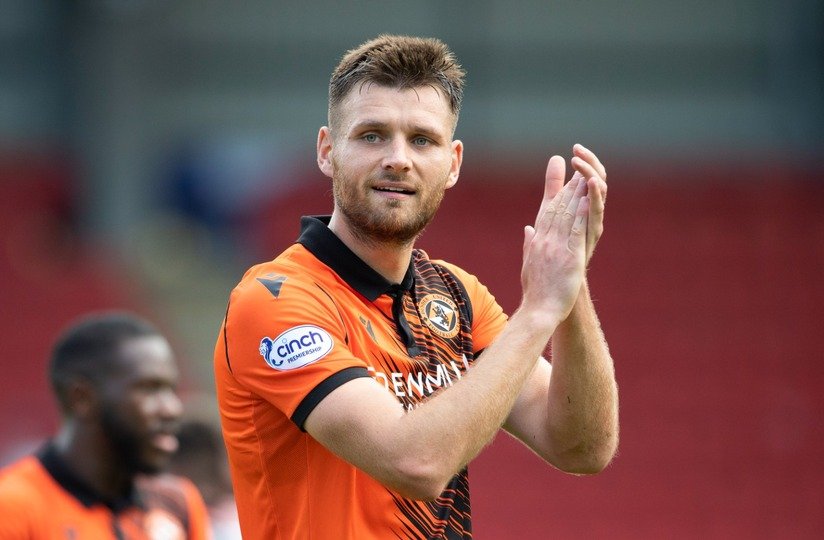 Dundee United are pleased to confirm that defender Ryan Edwards has been named the Club Captain.

Ryan has been ever-present in the heart of the United defence since signing from Blackpool last summer and has been an important part of the form that has seen the club break into the top 4 this season.

Speaking exclusively to DUTV on the appointment Ryan said:

“I’m over the moon, I found out last night when the Gaffer approached me about it, and I didn’t hesitate to jump at the chance. Obviously, we’ve had a great captain already in Mark Reynolds and Calum Butcher as vice-captain and I spoke to them, and they’ve been fully supportive and happy for me.

“There are good teammates and great captains who have led by example and it’s up to me to take over that now and it’s something that I’m really looking forward to and focus on winning football matches.”

“There’s a lot of different types of leaders in this group and I have my own impact on it, and I can’t wait to start my journey of it on Saturday.”

The Gaffer also spoke on the appointment saying “First and foremost this is something Ryan deserves; I think he embodies exactly how I see the team performing at the weekend as well his behaviour, professionalism and how he treats his teammates.

“On one hand it was an easy decision, but on the other it was something we had to carefully consider because we’ve already got a top captain in Mark Reynolds, who is someone I’ve really valued since I came into the club. It almost feels now as if we’re passing the baton from one top captain to another and it gives us a clearer direction in terms of captaincy.”