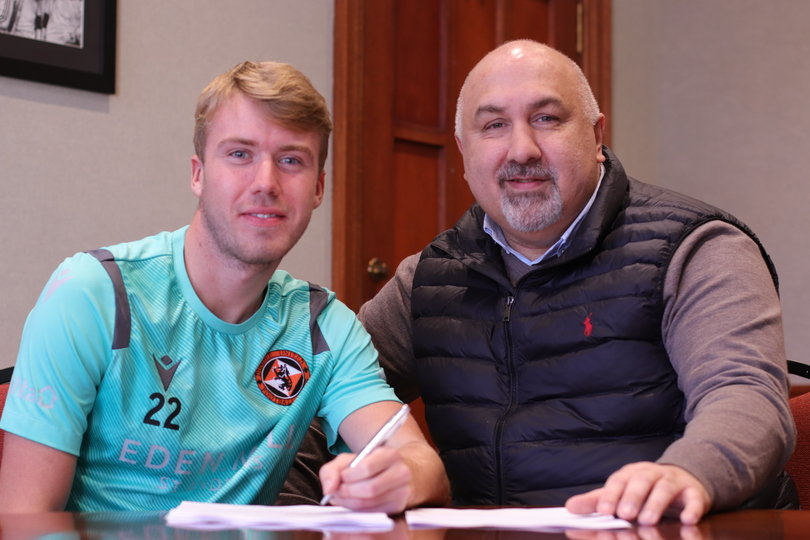 The Club is delighted to announce that defender Kieran Freeman has put pen to paper on a 2-year contract extension.

Kieran has established himself in the Head Coach's squad this season making 12 appearances in the cinch Premiership after spending last season on loan at Peterhead.

The new contract will now see the exciting young academy graduate remain at the club until the end of the 2023/24 season.

Speaking after signing Kieran said: “I’m really happy with the new deal. It’s a good place to be at the minute and I’m absolutely loving it here, especially with my recent playing time this season.

When the opportunity to extend my contract came up there were no other thoughts in my head. I just wanted to get it signed and keep being at this club.”

Sporting Director Tony Asghar also said: “Kieran has shown great character and resilience so far in his career and since he came back to the club, his attitude and application has been first class.

He has seized an opportunity for regular starts recently and has reinforced our belief in his attributes.

He fully deserves this extension, and we expect to see Kieran continue to grow and develop under our guidance.”