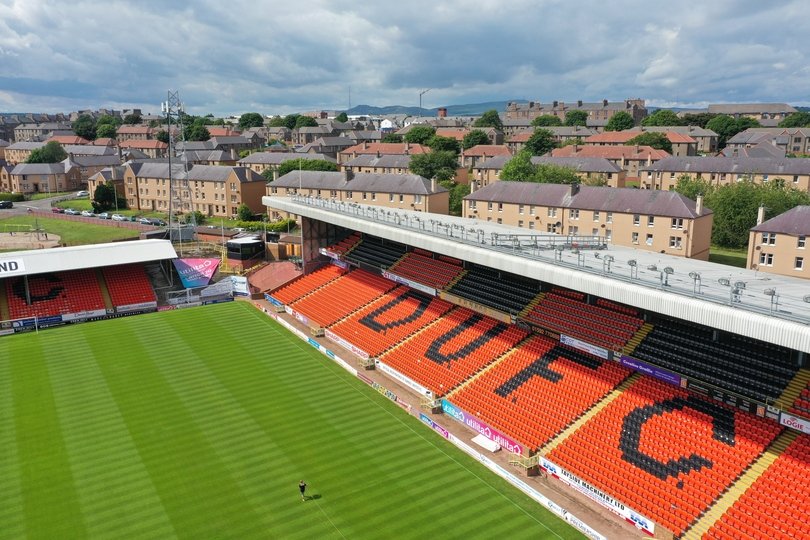 We have been advised that our home fixture versus Hibernian will be played with 500 home supporters in attendance.

This follows two days of discussions after the First Minister's Tuesday address advising of restricted numbers at sporting events for an initial period of three weeks. United alongside several other cinch Premiership clubs expressed a desire for the winter break to be brought forward.

On Thursday night the SPFL Board ruled that games on 26 December should go ahead but games scheduled for 29 December and 2 January would be rearranged as the winter break is brought forward.

Season ticket holders who purchased tickets during the loyalty period and who haven't already been selected in previous ballots will now be entered into a ballot for tickets for the Hibs game on December 26.

Season ticket holders who are eligible have been entered into a ballot for tickets and those who are successful will receive an e-ticket via email before 5pm on Thursday (today). These season ticket holders can then use the digital ticket for entry either via their mobile device or by printing at home.

Supporters will be housed in the George Fox Lower stand and one metre social distancing will be in operation (although family groups who receive e-tickets can choose to sit together).

There will be kiosk facilities in the George Fox on Boxing Day however The Hegarty Suite will be closed.

A reminder for those fans, including half-season ticket holders, that you can sign into the live feed here using the following username:

We will be doing a test event to allow people to test their log-in later today until 9pm tonight.

ALL OTHER FANS CAN WATCH VIA PPV

The stream is available to purchase in Scotland, Northern Ireland and Wales however, due to UEFA restrictions, this game is not purchasable in England.

International viewers can subscribe for only £16.99 per month and can watch all cinch Premiership matches as part of their membership.

Any fans who purchased a match ticket for the Hibernian match and cannot be accommodated due to restrictions now in place will be entitled to a refund and we will advise on the process for that asap. Please note tickets purchased for the St Mirren fixture (Originally scheduled for 29 December but now January 18) will remain valid for the rearranged fixtures. We also expect Dundee FC to confirm that tickets purchased for the away fixture at Dens, originally 2 January (now 1 February) will be eligible for the new date

We thank all fans for your continued support and patience while we adapt to these changes at short notice.