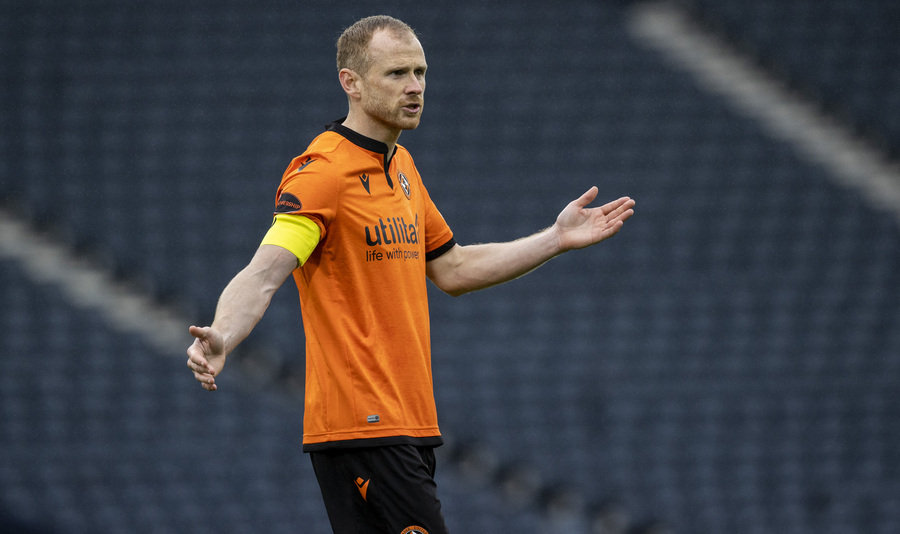 Dundee United can confirm that Mark Reynolds has left the club to pursue his career elsewhere.

Mark joined the club in January 2019 and struck up a formidable defensive partnership with his namesake Mark Connolly, helping the Terrors keep eight clean sheets in eighteen matches heading into the play-offs. Prior to the end of the 2018-19 season, it was confirmed that the former Aberdeen man had signed a three-year pre-contract with the club.

Mark would go on to fulfill a significant role as captain of the United side that secured the Championship title the following campaign, appearing in 26 of our 28 league matches. The defender delivered the first victory after our return to the Premiership as he netted his first goal for the club at Fir Park in August 2020 against the club where he made his career debut, his left-footed finish was the difference between United and the Steelmen.

Everyone at Dundee United would like to extend our gratitude to Mark for the outstanding example he set from day one, both on and off the park, during his time with the club and wish him all the best for the future and confirm he will always be welcome back at Tannadice.