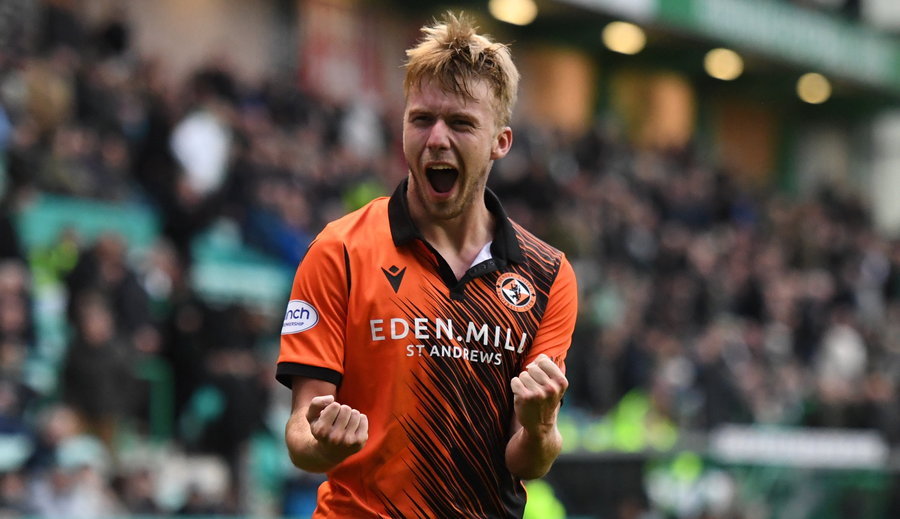 Kieran Freeman has capped off a dream season with Dundee United with his first-ever Scotland U21 call-up.

Defender Freeman joins Archie Meekison and Ross Graham as the third United star in Scot Gemmill’s squad for the European Championship U21 clashes with Belgium and Denmark next month.

The international call comes at the end of a terrific term for Freeman.

He recovered from a serious knee injury that hampered his time at English side Southampton to become an established first-team player with United.

The Dundee United Academy graduate played 31 games last term and netted two goals as he helped the Terrors secure European football for the first time in a decade.

He later described his strike in our 3-0 away win at Hibernian as 'the best moment of my life.'

Kieran Freeman added a 3?rd in a rout the last time these sides met!

He also signed a new two-year extension to his contract to secure his Tannadice future until the summer of 2024.

Freeman has represented Scotland twice at youth level - for U15s and U16s - but he has yet to feature for the U21s until now.