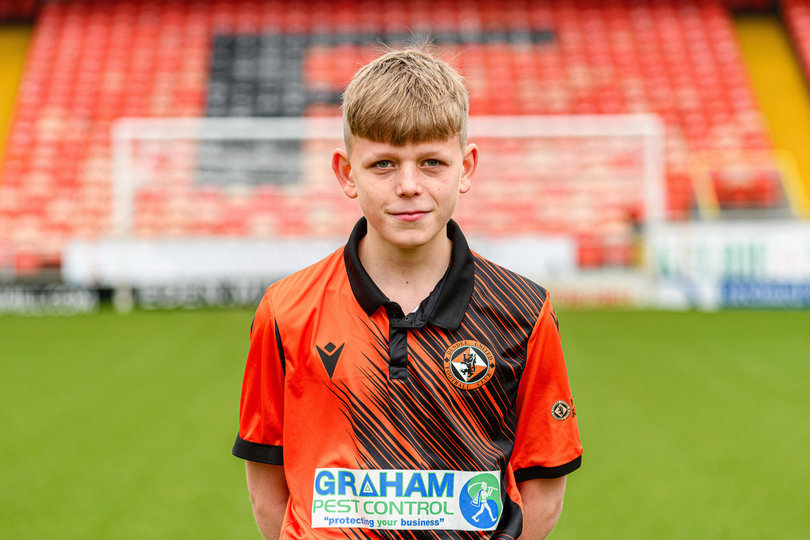 We are delighted to confirm Brodie Lee has been awarded the Graham Pest Control Academy Player of the Month for May.

Brodie was an integral part of the U14s squad which competed against some of Europe's top sides such as Premiership giants Manchester United and Chelsea, Allsvenskan Champions Malmo and Polish outfit Lech Poznan at the Clarets International Cup in Burnley.

The combative central midfielder also starred against Hamilton where he bagged himself a goal on the hallowed turf of Tannadice, and has plyed his trade with the U15s on multiple occasions this season.

U13-14s Lead Academy Coach Ross Grant expressed his satisfaction with the 13-year-old's displays, saying "Brodie has shown consistently that he is a strong performer within the U14 age group, earning various opportunities to play with the U15s.

"Throughout May, Brodie’s performances were of a high standard, contributing a huge amount to the team with individual performance.

"His ability to regain possession and retain possession has been particularly pleasing most recently, supporting Our Style & dominating opponents out of possession.

"The most prominent performances Brodie delivered were in Burnley at our additional games programme. Brodie showed his strengths both in and out of possession, dominating many moments in games against a wide range of different players. He displayed behaviours as a leader both on and off the pitch, which makes him well worthy of this month's award."