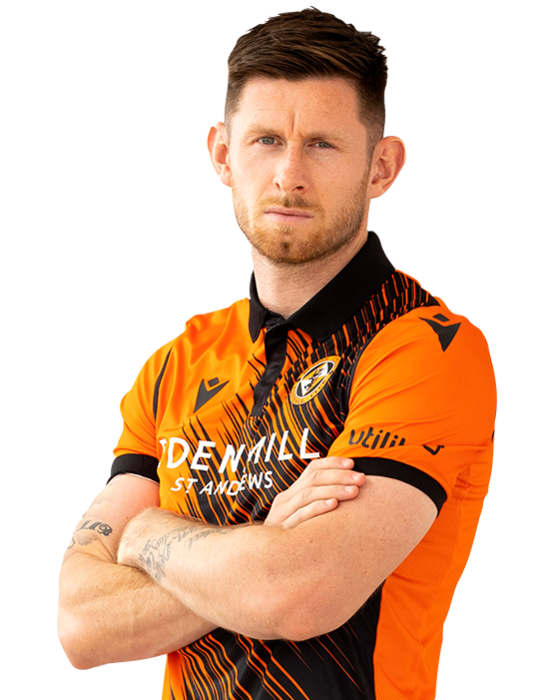 Calum began his youth career with Ipswich Town and Southend United before joining English Premiership side Tottenham Hotspur in June 2007 at the age of 16.

A regular in the Under 18 and Under 21 teams during his four years with Spurs, Calum never quite made the first team, although he was an un-used substitute for the London club's UEFA Cup tie with Shaktar Donetsk in February 2009.

He later had a two month loan spell at League Two outfit Barnet, before he was released by Spurs at the end of the 2010-11 season. He signed a one year deal with Danish 1st Division club FC Hjørring that summer and after one season he returned to England, where he would sign for Conference South team Hayes & Yeading United. Calum made 35 appearances and scored 3 goals during the 2012-13 season, but left at the end of the campaign.

At the age of 22, Calum arrived in Dundee in the summer of 2013 for a trial with United, and within days manager Jackie McNamara had signed him up on a two-year deal. Despite making a handful of appearances at the start of the season, his involvement in the first team dwindled by the turn of the year, and he mostly became a fringe player. A better start to the 2014-15 season saw him earn a place in United's midfield and in March 2015, he collected a Scottish League Cup runners-up medal against Celtic. Injuries ultimately saw him drift in and out of the side once again and upon the expiration of his contract in June, Calum agreed a move to English League Two champions Burton Albion.

Has was part of the Burton squad which won promotion from League One to the Championship that season, but after just a year at the Pirelli Stadium he agreed a two-year deal with Millwall in August 2016. He became a regular throughout his first season at The Den, playing as a box-to-box midfielder. After playing in two League Cup matches in August 2017, he was eventually released by the London club at the end of the summer transfer window, and was snapped up by Mansfield Town. He hardly missed a match through to Christmas with the League Two side, but soon found first team opportunities limited. Several League sides were interested in taking him out on loan, however the restrictions on a player appearing for three League clubs in one season meant that Calum had to go to a non-League side for a run of games, and he went on loan to Isthmian League Premier Division leaders Billericay Town until the end of that season.

On his return to Mansfield Town, he was back in the first team squad, but again drifted away from the manager's plans by December. United manager Robbie Neilson brought him back to Tannadice on deadline day of the January 2019 transfer window, with the Essex born midfielder signing an eighteen-month contract. He made his second debut for the Club just days later, in a 2-1 win over Morton at Tannadice, and was an influential player in United's midfield for the rest of the season as United reached the Premiership Play-Offs. Calum unfortunately picked up an injury in the first leg of the semi-final against Inverness but made a return from the bench in the second leg of the final against St Mirren.

One of the leadership group in the dressing-room, Calum is another who leads by example both on and off the park.