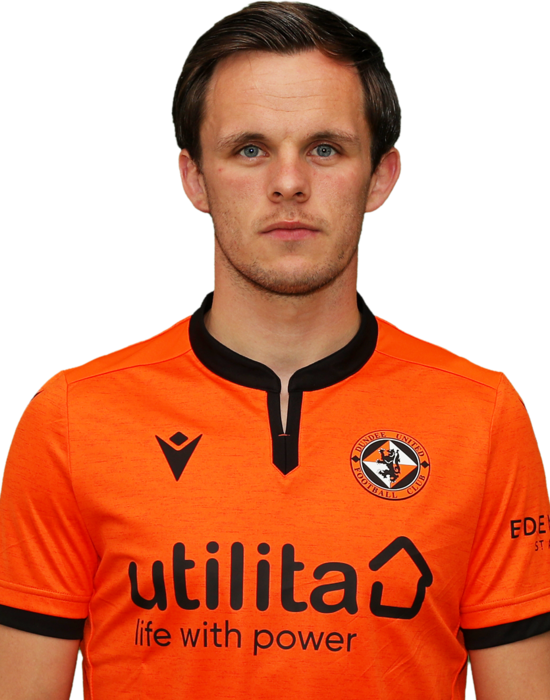 Lawrence progressed through the Queen's Park youth system, breaking into their first team in 2012 along with future United players Andy Robertson, Aidan Connolly and Blair Spittal. Working part-time for a local plumbing company, after five years at Hampden he finished his first full season in the first team as the Club's top scorer. The young striker was quickly snapped up by Aberdeen, where he continued to improve in their Under-20 side where he struck up a great understanding with another future United player, Cammy Smith.

Loaned out to Dunfermline in January 2014, his four month spell in Fife saw him score in half the games he played in, and on his return to Pittodrie he made his first team debut as a substitute in September against Inverness. Appearing mostly from the Aberdeen first team bench during the 2014-15 season, he was loaned out to St Mirren in August 2015 for a season long deal, where he again rediscovered his scoring form. The deal at Paisley was extended into the 2016-17 season, but in January his spell with the Buddies was cut short, and another loan deal was confirmed, this time with Morton, where he helped them reach the Premiership play-offs.

The striker signed for League One side Ayr United in September 2017, where his 29 goals in 33 appearances helped the club win the league and promotion to the Championship, and the striker was named Players' Player of the Year. He continued his incredible scoring run in the Championship, with 34 goals throughout the season, including four goals in the match against United at Tannadice in November - an amazing statistic considering he missed several games through injury.

In July 2019, it was announced that United had secured the signature of the much sought after striker.