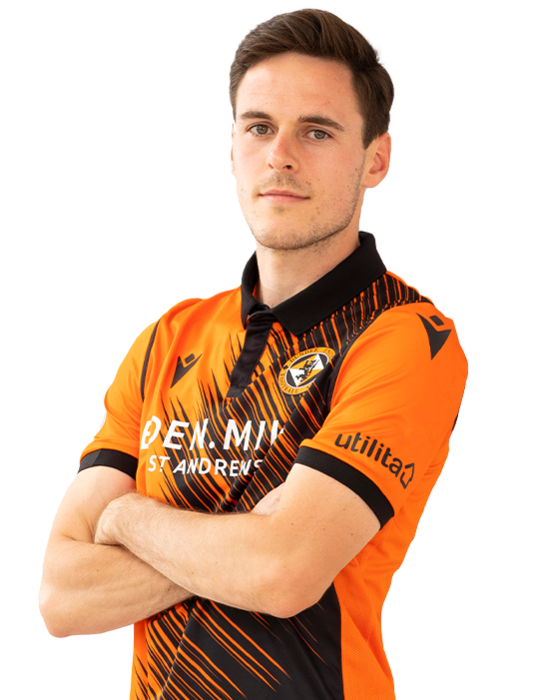 A youth player with Rangers, Liam moved on to Hearts aged 14 and signed a professional contract in July 2014. Then aged 18, he made his first-team debut a few weeks later against Livingston in the Challenge Cup, under then Hearts manager Robbie Neilson. He then loaned out to East Fife, playing in over 20 matches through to the end of the season, helping the Fifers gain a place in the Division 2 playoffs.

On his return to Tynecastle, Liam made his Premiership debut in October 2015 as a substitute against United at Tannadice and made occasional first-team appearances that season. A month’s loan at Raith Rovers in September 2016 was followed by an extended run in the Hearts first team throughout the 2106-17 season. In August 2017 the defender signed a season-long loan deal with St Mirren and was a regular in the side that won the Scottish Championship, gaining a place in the Championship's Team of the Year.

When his contract with Hearts came to an end, the right-back signed a one-year deal with Ayr United and impressed greatly as the Honest Men challenged at the top of the Championship, eventually gaining a Premiership play-off spot. Prior to the play-off matches, United announced that Liam had signed a pre-contract agreement at Tannadice, agreeing on a two-year deal.

Another who was a mainstay in the Championship-winning season, Liam is a vital component in the United team.