The 2012/13 season would see United’s first managerial change for four years. Peter Houston left the club midway through the season and was replaced by Jackie McNamara.

Houston will be best remembered as only the second United Manager to record a Scottish Cup win, back in 2010. McNamara had been manager of Partick Thistle and had taken the Jags to 2nd spot in the Championship when United recruited him.

On the field, United came up against Dynamo Moscow in the 3rd Qualifying round of the Europa League. A 2-2 draw in the first leg at Tannadice was eventually undone over in Moscow, when the Russians ran out 5-0 winners.

In the league, United’s season was full of mixed fortunes that would see them finish in sixth place. United struggled against the teams around them and drew too many ‘must win’ matches. The rise of Johnny Russell was one plus point and saw him contribute 13 goals in the league and 20 overall.

The Scottish Cup that season saw United record memorable wins against Stranraer, Rangers and Dundee before eventually narrowly losing out to eventual winners Celtic in the semi-final. 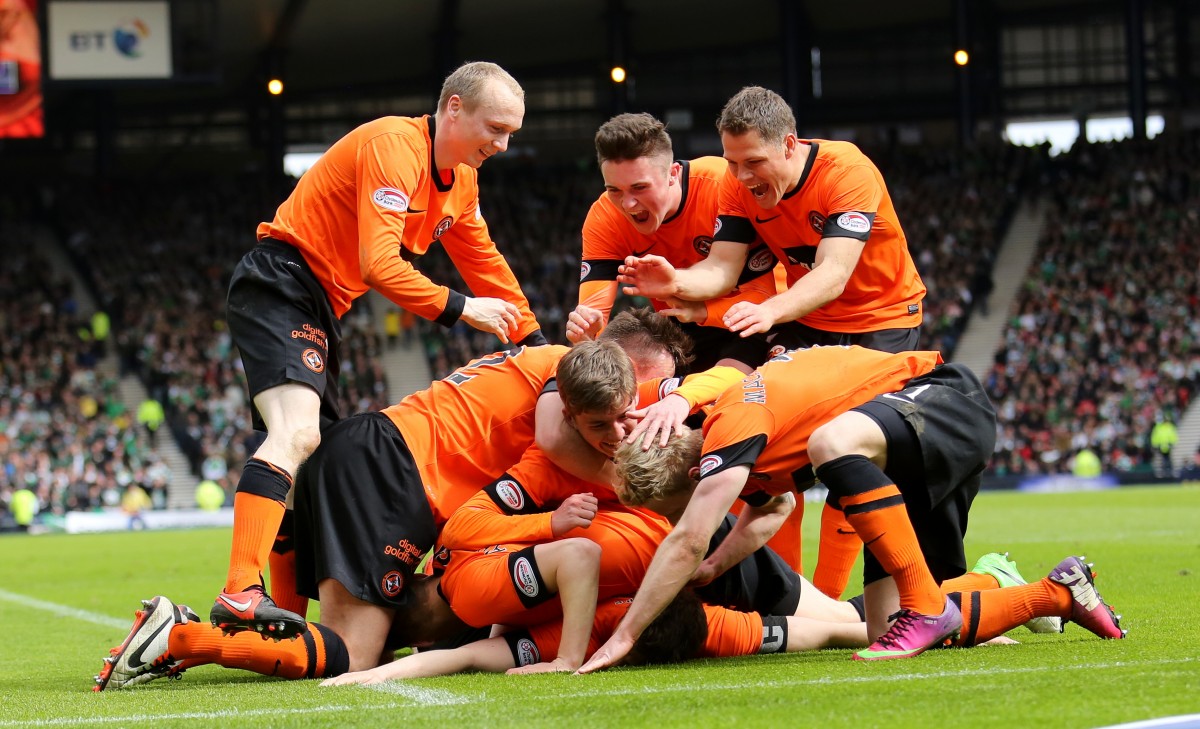 The tie finished 3-3 after 90 minutes and an Anthony Stokes winner in extra-time sent Celtic through to the final.

United’s League Cup run reached the quarter-final where they lost 5-4 to Hearts on penalties.