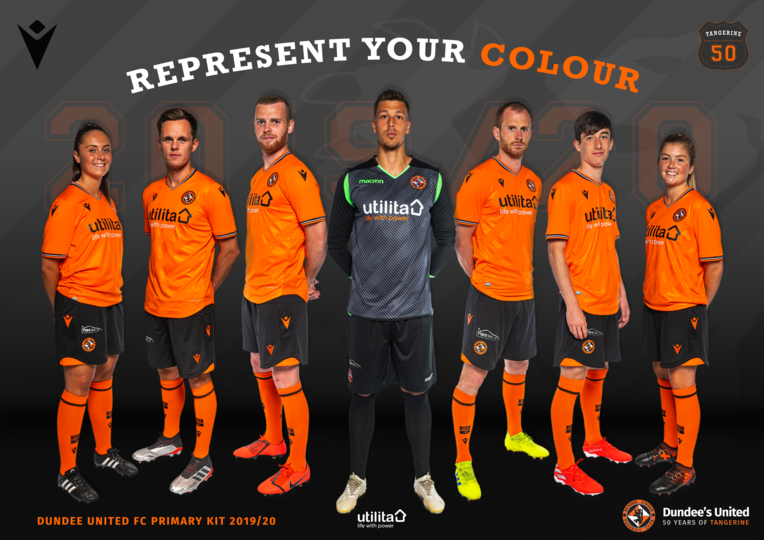 In 1969, Dundee United introduced Tangerine to the city of Dundee. Fifty years on, we unveil our first shirt produced by Macron.

The predominantly Tangerine shirt tips it hat to our iconic 85/86 kit. The embossed tonal diagonal pattern makes a welcome return alongside a modern take on the v-neck and sleeve trims. In another unique feature, the rampant lion - part of our club crest - stands fearless on the back neck of the shirt.

United's fanbase is as much part of the Club's DNA as the colour Tangerine, and ahead of the official release, we visited United fans around the city to give them a sneak-peak. Players Mark Reynolds, Mark Connolly, Nicky Clark and Ian Harkes, set off to surprise four groups of United fans and show them the new kit.

Check out the launch video

Our launch video shows the players reaching into the local community and sharing the joy of our new primary kit reveal. Each of the video's participants will also receive their very own kit - exclusively before general sale.

Club partner's Utilita, JF Kegs, Norman Jamieson Ltd, Paint-tec and Newtyle Commercial Ltd. all feature on the official kits and Dundee United will take to the field wearing the uniform for the first time on Friday 12 July in the BetFred Cup tie at Tynecastle.