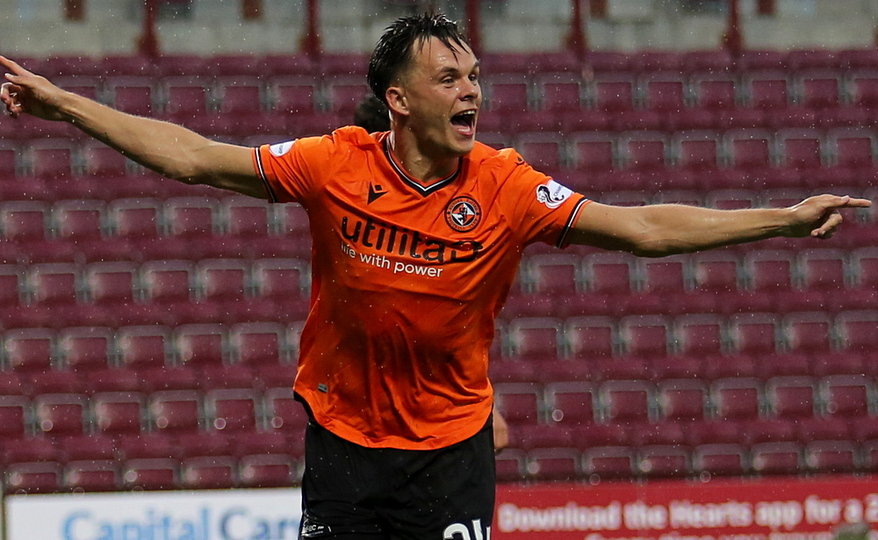 United gain a point with a 1-1 draw against Premiership side Hearts, but lose out on penalties for an extra point.

Dundee United met Hearts for the first time in three and a half years in this Betfred League Cup encounter. Last time the two sides met was a thrilling Christmas period encounter back in 2015  that saw the Edinburgh side come out 3-2 on top.

Manager Robbie Neilson gave starting positions to three of his new signings. Shankland, Adrian and Liam Smith were all starting, with Adam King and newly re-signed goalkeeper Deniz Mehmet on the bench.

United would be up against a familiar face in the Hearts dugout with ex-United manager Craig Levein in charge of the Jambos. Levein managed the Tangerines from 2006 to 2009 before taking on the role of the Scotland national manager. Hearts finished 6th in the Premiership last season and Levein will be looking to build on that top six finish.

First Half - United started the first half strongly and were unlucky not to capitalise on a Hearts defensive mistake in the first minute. McMullan finding space on the right of the Hearts box, but his pass couldn’t find new boy Shankland in the middle.

Hearts Jamie Walker, now in his second spell at the club, was lively in the opening exchanges and was giving United plenty to think about.

United opened the scoring after 8 minutes. Stanton waltzed into the box down the left hand side. His delicate cross found Shankland free on the 6 yard line and the ex-Ayr striker fired his header past Zlamal. An ideal start for both United and Shankland.

Hearts looked to get back into the game shortly after, and it was Walker again causing the trouble. Ikpeazu’s pass found Walker galloping down the right and it took a good save from Siegrist to deny the Hearts man. Considering Walker’s injury problems over the last 6 months of his time at Wigan Athletic, the player was giving United plenty of concern.

United were now looking more comfortable and the two sides were evenly matched. With both teams playing a 4-4-2 formation there were plenty of interesting contests all over the park.

On the half hour mark Hearts had their best chance of the game so far. A superbly whipped in cross on the left from Mulraney was met by Washington in the box, his bullet header was just over Siegrist’s bar.

Hearts were having the better of the possession but United were showing plenty of grit and determination in keeping the Premiership club at bay.

It took an opportune strike by Irving with just one minute of the first half remaining to bring Hearts level. A free-kick into the United box was only half cleared, and as it fell to Irving on the outside of the box his right foot effort sneaked past Siegrist to draw the two sides level.

Referee Kevin Clancy blew the half-time whistle after two minutes of injury-time, and with the Jambos in the ascendency it couldn’t have come at a better time for United. 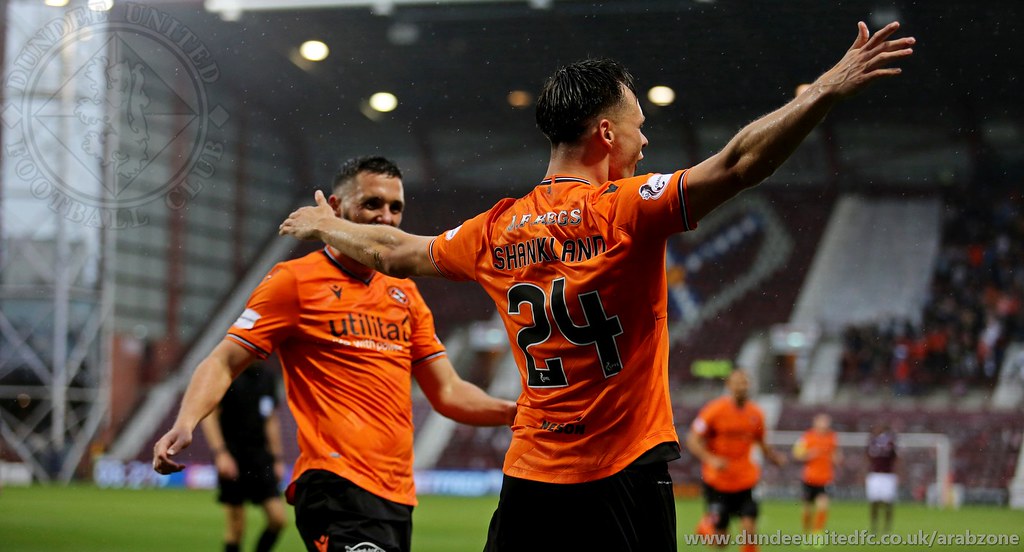 Second Half - United made one change at the start of the second half, with new signing Sporle making way for Butcher.

In the first minute of the second half, McMullan made a great run down the right wing. His cross found Stanton racing into the box unmarked, but his shot was just over Zlamal in the Hearts goal.

Hearts continued in the second half as they had done in the first, keeping United pegged back and being the more assertive of the two sides. With Hearts winning the height battle and the rainy conditions making passing along the deck almost impossible, it was proving difficult for United to escape from their own half. United’s only opportunities coming from long balls into space in the hope of finding Shankland or McMullan.

By the hour mark, Hearts were controlling the game but making no real headway in terms of chances. Irving and Walker the main instigators of all the home side’s endeavours.

The rain continued to team down over Tynecastle and was proving to be the major factor in the quality shown by both sides.

Reynolds and Connolly at the heart of the United defence were being kept busy with the onslaught of the Hearts attack.

Despite the weather and the lack of chances for the away side, United’s travelling support continued to back their side, and were in good voice throughout.

In the 78th minute, United had a real opportunity to go ahead. Good wing play from McMullan found Appere in the box. His effort rebounded into the path of Clarke, but the striker’s shot just skimmed past Zlamal’s left hand post.

Hearts were reduced to ten men after 83 mins. Kevin Clancy sending off Irving after he was adjudged to have deliberately handled the ball as Clarke was in a goal scoring position.

With the extra man advantage, United had much more of the possession in the last 5 minutes of the game. Banks looked lively in the final third, and set up McMullan well down the right, the winger’s shot just going wide of Hearts left hand post.

After 4 minutes of injury-time, referee Kevin Clancy blew for full-time with the game tied at 1-1. In keeping with the League Cup group stages rules, the game went to penalties to gain an extra point.

Hearts managed five out of five penalties, whilst Nicky Clark missed United’s first penalty to give the Edinburgh side the extra point.

United now travel to Stenhousemuir on Tuesday 16th July for their second game in this Betfred League Cup campaign.

Man of the Match - Siegrist - the Swiss goalkeeper continues to impress with a string of fine saves.