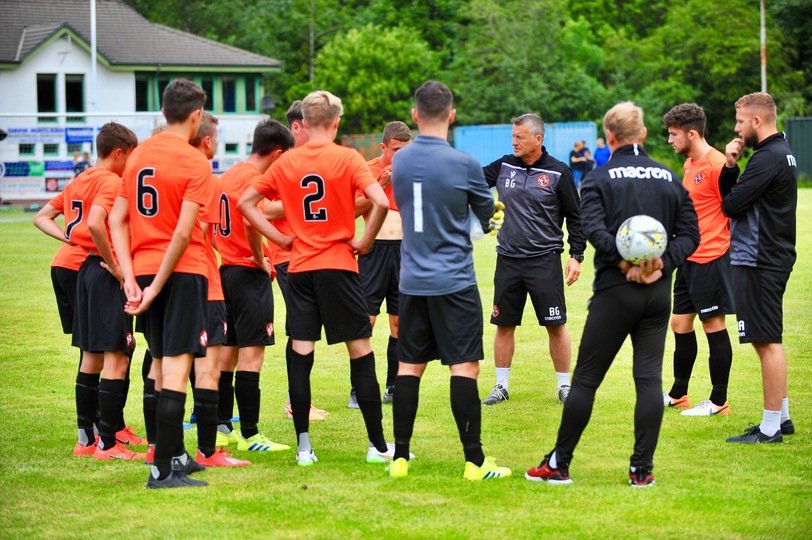 The Young Terrors travelled to Oban on Saturday to take part in the D and K Cup alongside teams from Hamilton Accies, Alloa Athletic, South Lochaber, St Anthony’s and hosts Oban Saints.

The United squad averaged 17.2 years of age with Academy stars as young as 13 years old included in the travelling party. In all, six players featured were 15 years of age or under as Brian Grant, Dave Bowman and Adam Asghar took the opportunity to share game time around the squad.

United was denied retaining the trophy by Hamilton Accies who took the trophy on goal difference after another highly successful tournament and below you can see the results of each of our five fixtures:

The Hamilton goal in the last minute of the final game was enough to knock United off the top of the table and secure the cup for the Premiership club. With three wins, a draw and a defeat, the Young Terrors can be proud of their efforts.

Our thanks go to the hosts for yet another excellent tournament.