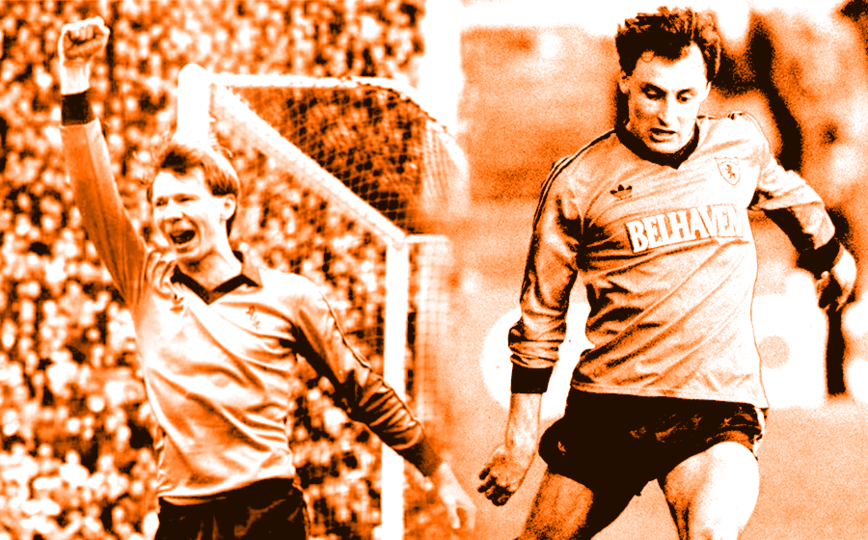 Dundee United are delighted to announce that legendary players and Hall of Fame inductees Davie Dodds and Maurice Malpas are assuming new roles as Club Ambassadors at Tannadice.

Dodds played 369 times for United scoring a remarkable 150 goals in tangerine. He also scored the first goal in our league cup final victory over Dundee in December 1980.

Malpas appeared 830 times for the Club, won 55 caps for Scotland and famously captained United to our first ever Scottish Cup win.

Davie and Maurice become the fourth and fifth Club Ambassadors at Tannadice, alongside Paul Hegarty, Hamish McAlpine and John Holt.

Club Chairman Mike Martin said, “We are delighted to announce that Davie and Maurice are joining us as an official Club Ambassadors. Their names automatically spring to mind when listing legendary figures at Tannadice.”

Head of Business Development Paul Reid said, “It is great to be welcoming Davie and Maurice back to Tannadice and having the recognisable faces of these legends promote the club and brand on both matchdays and at external events is extremely important to us.

"Our foundations are built on our historical success, and our Ambassadors have all played a massive part in that, so for them be involved again at Dundee United is special and exciting.”

The Club Ambassadors will circulate in various areas of Tannadice each matchday, including the Hegarty Suite, all hospitality lounges and also the Boardroom. They will be available to chat, reminisce and discuss all things Dundee United, with fans, guests and other visitors to Tannadice.