TUESDAY NIGHT AT STENHOUSEMUIR NEXT UP 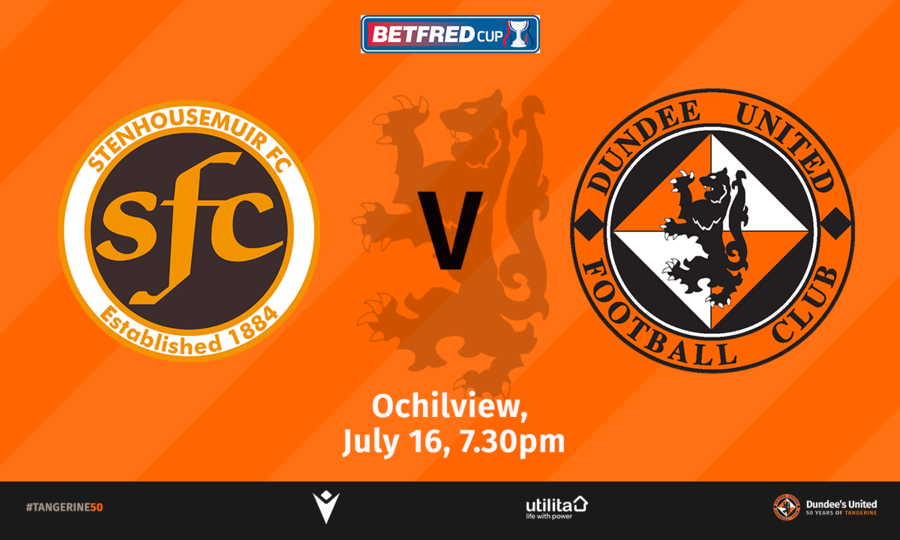 United travel to Stenhousemuir's Ochilview on Tuesday night for a 7.30pm kick-off in the Betfred Cup group stages.

It will be the hosts first game in the group as they were the odd team out in the opening round of fixtures. In their most recent pre-season friendly, they held Premiership St Mirren to a 1-1 draw at Ochilview last Tuesday.

United, of course, come into this one after a good point gained at Tynecastle on Friday night. Lawrence Shankland's 9th-minute goal giving United the ideal start before the hosts drew level on 40 minutes via a 20-yard strike by Irvine. The hosts then took the bonus point by a 5-3 penalty shoot-out win.

Admission prices are as follows:

Please note, following a change of admission mode, this match is now pay-at-the-gate.

United fans will be accommodated in the West terracing which is a standing terrace with availability in the Main Stand for disabled spectators and anyone unable to stand for the full 90 minutes.