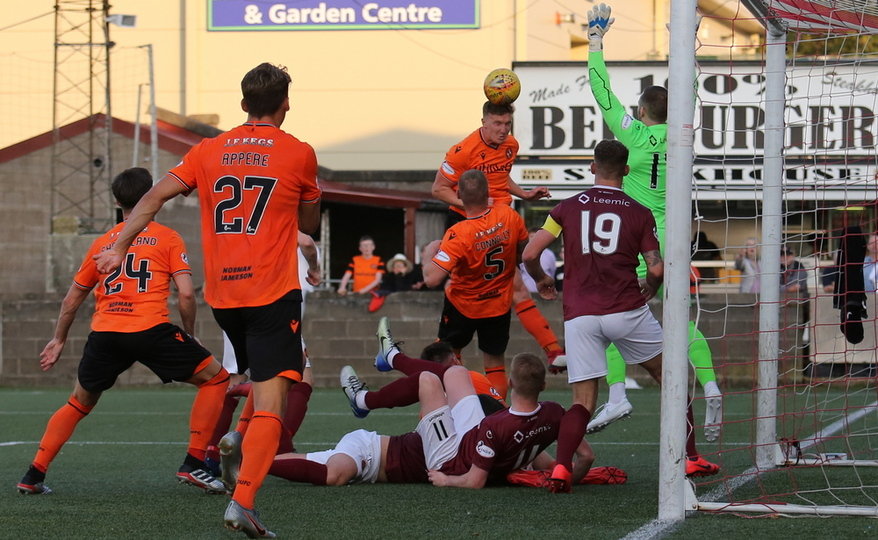 Two goals early in the second half at Stenhousemuir were United’s passport to three points that keep hopes of qualifying from the group.

The League Two side’s resistance was finally broken courtesy of a Paul Watson header and Calum Butcher added a second three minutes later. But the Warriors battled back, but though they reduced the deficit, United claimed their first victory of the season.

Some 47 years have passed since United last met Stenhousemuir at Ochilview and Head Coach Robbie Neilson made five changes from the side that drew at Tynecastle last Friday. Liam Smith, Adrian Sporle, Sam Stanton, Nicky Clark and Rachid Bouhenna all dropped out.

First Half – On a hot summer’s evening, the game got off to a slow start with the first 12 minutes producing nothing more than a couple of United corners.

Dominating possession, United got the ball in the net on 14 minutes, but Lawrence Shankland was ruled offside.

A surging run by Paul McMullan down the left raised hopes of a goal but his cut-back was intercepted.

And with Chalmers now on the right, they got to the bye-line on a couple of occasions only for the hosts to block his path.

But on 30 minutes, Appere ran on to a long ball and rounded the keeper out on the right before squaring the ball, which only found a home defender was there to clear the danger.

A minute later, Stenhousemuir won their first corner which gave they took confidence and David Hopkirk drilled in a long-range effort just wide of the target with seven minutes left of the opening period.

Two minutes later McMullan tried a speculative 30-yarder, but it was straight at the keeper Kyle Marley.

At the other end. Alan Cook right in front of goal just failed to make contact with a Liam Scullion cross.

Paul Watson volleyed over from outside the box in what was the Tangerines' last attack of the half. 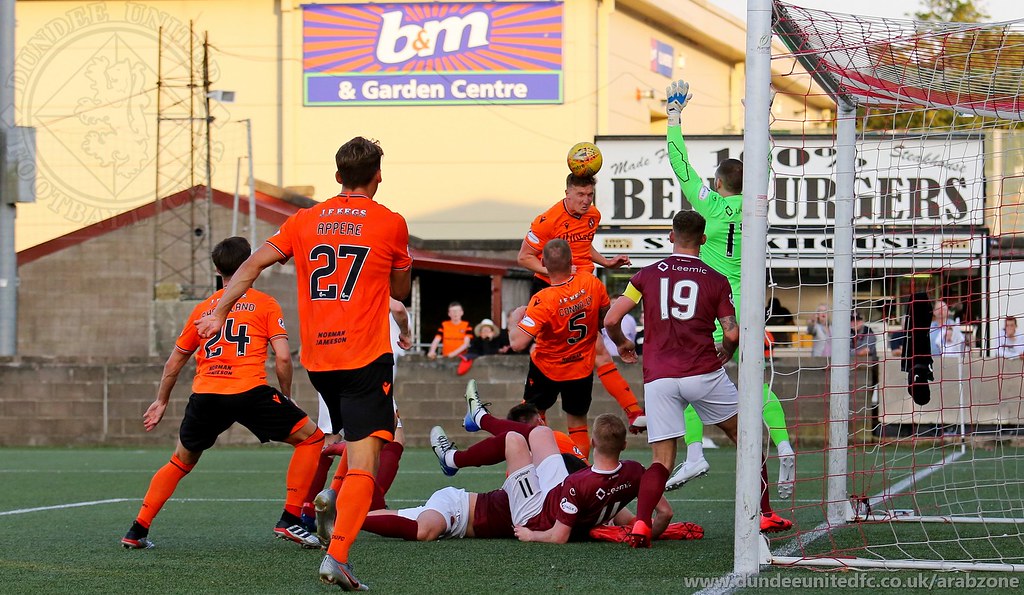 Second Half - United started on the front foot forcing three corners which bore no fruit.

Five minutes after the restart, United took the lead and it followed another corner. Chalmers's cross was headed goalwards by Connolly which the keeper parried and Paul Watson nodded home.

Sam Stanton replaced Ian Harkes shortly afterwards and was involved in the build-up to a second goal inside three minutes when the ball broke to Calum Butcher who hammered a low shot into the bottom corner.

On 63 minutes, Calum Butcher was replaced by Adam King for the ex-Swansea midfielder’s debut.

The Warriors weren’t lying down and on 69 minutes, went close to pulling one back when Siegrist was at full stretch to tip his 20-yarder round the post.

But from the corner, the home side did pull one back. The United defence were caught ball watching as the ball to the far post was played back in and the hosts’ skipper Andrew Munro couldn’t miss standing unmarked a yard out.

Connolly came very close to restoring United’s two goal advantage when he clattered a volley off the face of the crossbar with 12 minutes left.

And United, thankfully, played out the remaining minutes in fairly comfortable fashion.

Indeed, Shankland should have added a third in the last minute but was denied by Marley spreading himself.

Man of the Match – Calum Butcher  – making his first start since the play-off semi-final, the tough as teak midfielder put in a solid performance and capped it with a smashing strike for the second goals.

Bookings - Stenhousemuir - None
United - None