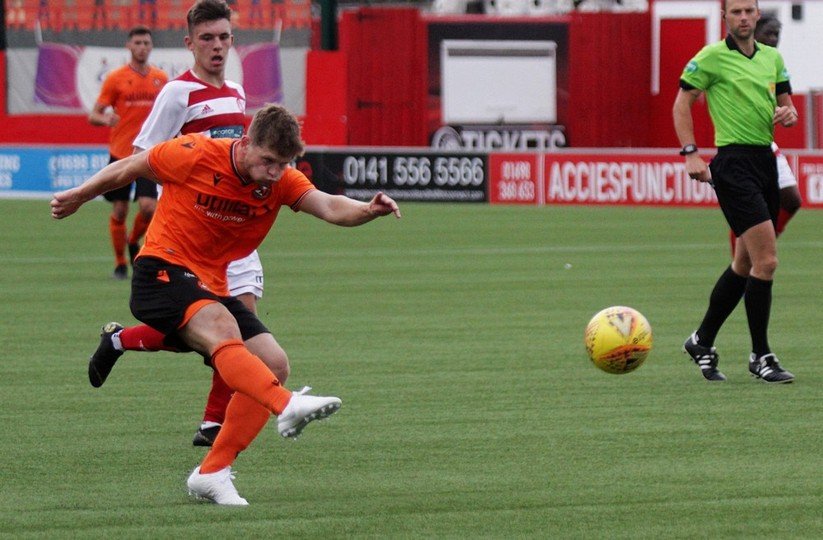 A much improved second half performance wasn’t enough for the Tannadice side to avoid defeat at New Douglas Park in their opening Reserve Cup group game.

The home side dominated the first half and got the only goal of the game. In a much more even second period, United had the greater number of chances, but couldn’t fashion a leveller.

The visitors almost conceded a goal in the third minute. A stray back pass was intercepted enabling Mickel Miller to fire in a shot and, with Deniz out of his goal, Ross Graham came to the rescue with a great goal-line block.

Dictating play, Hamilton deservedly took the lead on 31 minutes, Milar sqeezing the ball into the bottom corner from 12 yards.

Rarely seen as an attacking force in the first half, the Terrors made two changes at the interval, bringing on teenagers Lewis Fraser and Archie Meekison for the more experienced Adam King and Cammy Smith.

Certainly United were much livelier following their introduction.

And on 52 minutes, United had their first effort on target, but Scott Banks's drive from 22 yards was saved by the keeper at his near post.

On the hour mark, Declan Glass made a surging run from midfield before rifling a 25-yarder just past.

But the Tannadice side still took the game to Accies, Banks seeing a low grounder saved with 13 minutes left and shortly afterwards heading just past the far post.

But two minutes later, Accies went close to doubling their led when sub Andy Winter clattered a shot off the post.