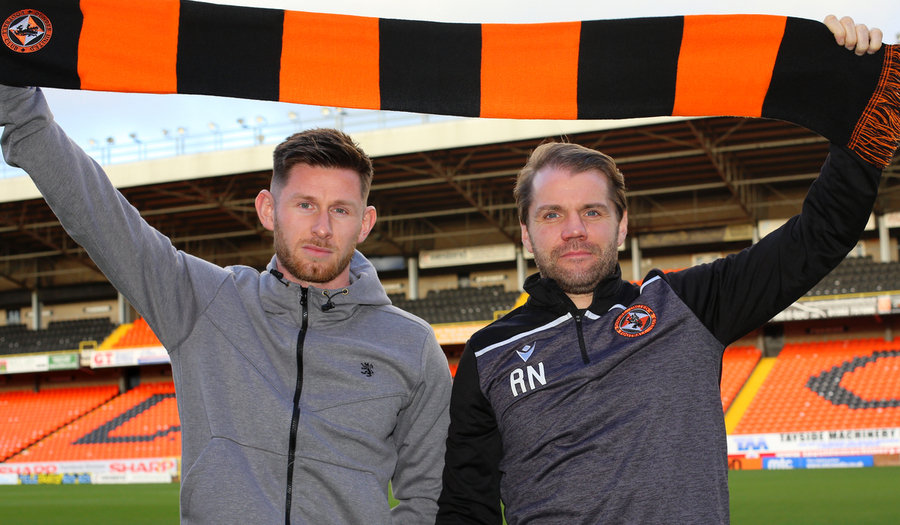 Dundee United are pleased to confirm Calum Butcher has signed an extension to his contract at the Club. He will wear the tangerine jersey until 2023.

The 28-year-old Englishman is in his second spell at United having spent two seasons here between 2013 and 2015. He has made 63 appearances and scored five goals for the Tangerines.

A combative midfielder, he is one of the first names on the teamsheet and can perform equally well in central defence as well as his primary position in the middle of the park. He has added goalscoring to his repertoire since he was last at United with four of his five goals in tangerine coming after he rejoined in January 2018.

Sporting Director Tony Asghar said, "Extending Calum's contract is another important step in the sustainability and continued growth of the Club. Having players like Calum commit to the Club shows the culture and feel-good factor around the squad. He is a passionate player and our fans like that. As importantly for me, he is the right type of player to have in the dressing room and next to you on the park."

Calum said, "I am delighted to sign the contract. United is a great place to be right now. I can see something great happening here, and the Gaffer committing his future to the Club was a huge factor in convincing me to continue my career here. He has taken us to another level, and that will continue. I want to be part of that."

An extended interview with Calum is free-to-view on ArabZONE here.