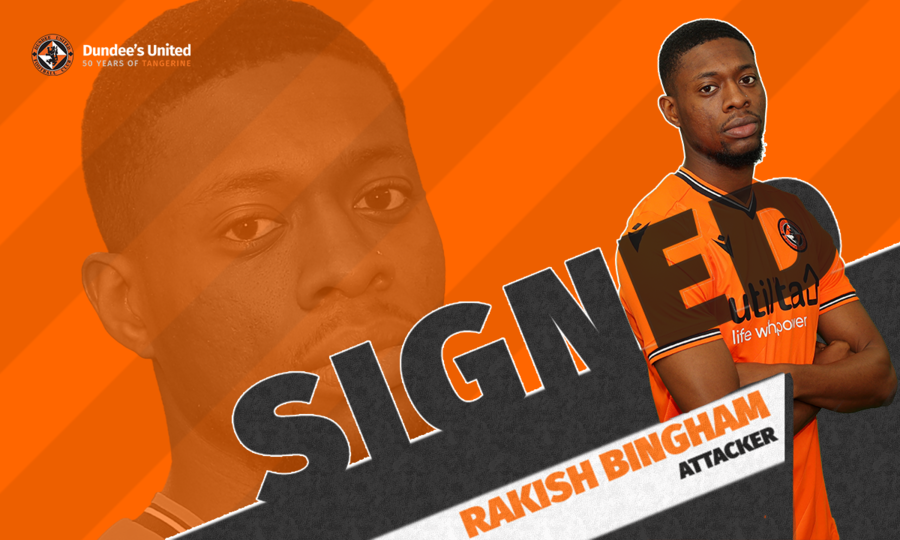 Dundee United are pleased to announce the signing of powerful attacker Rakish Bingham, initially until the end of the season.

The 26-year-old Englishman lists Wigan Athletic, Mansfield Town, Falkirk, Hartlepool United, Cheltenham Town and, most recently, Doncaster Rovers amongst his previous clubs. He has experience in the Scottish Premiership after a successful three seasons at Accies where he played 97 times scoring 16 goals.

Sporting Director Tony Asghar said, "Rakish is someone we tried to sign last January, so we are pleased to now bring him to United. He has pace and power and vast experience in both the Scottish Premiership and the English leagues. Rakish is here initially until the summer with a view to extending the contract beyond that."

Rakish met his new team mates this morning and will focus on being part of the squad for the Club's next fixture - a trip to Alloa in front of the BBC cameras on Friday 14 February at 7.05pm.