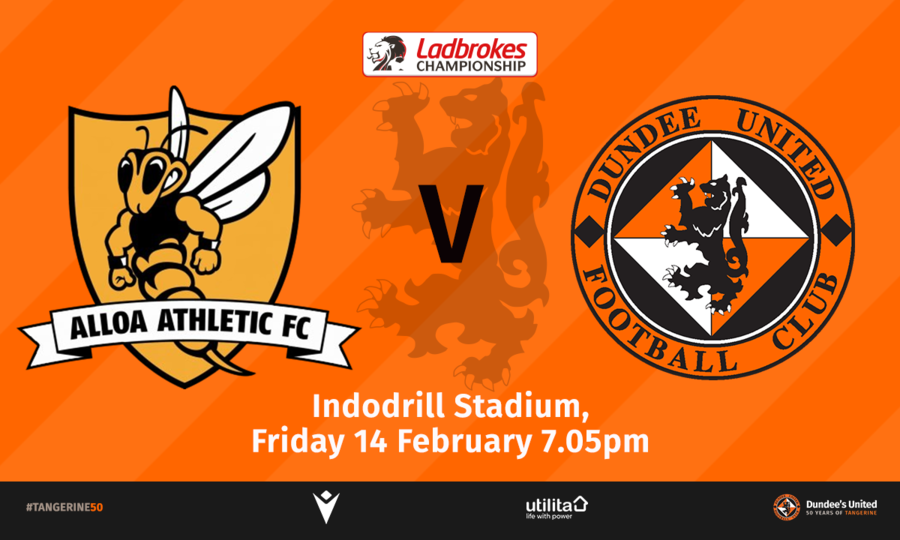 After a weekend without a fixture, the first team return to action this week when we make the trip to the Indodrill Stadium on Friday night.

After an incredibly busy winter period, the boys will feel rejuvenated by the free weekend and will have enjoyed the chance to recharge the batteries. The fixtureless weekend was also beneficial in allowing some of the boys in the physio's room to get back to full fitness, with Declan Glass, Louis Appere and Paul McMullan looking likely to be on the team bus to Alloa.

New signing Rakish Bingham could also be in line to make his debut in a Tangerine jersey after his first full week of training with his new teammates.

Our head-to-head record against Alloa this season is currently tied at one apiece with both sides claiming their victories at their home grounds.

It's a top versus bottom clash, with the Wasps just two points above the foot of the table, but Peter Grant's side are unbeaten in their last five league outings and another strong backing from the Tangerine Army could be the difference in deciding where the points end up.

Admission to this match is by paying at the gate.

Prices are as follows:

Please note this a 7.05pm kick-off and fans are recommended to arrive with plenty of time to avoid delays.