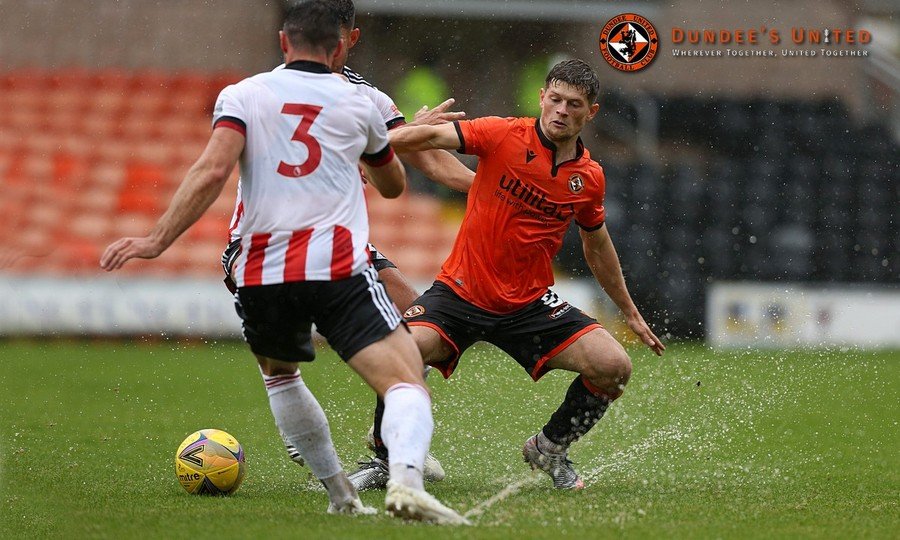 A United side featuring six Academy graduates in the starting line up and five more on the bench took on English Premier League high flyers Sheffield United at Tannadice this afternoon. The match lasted 45 entertaining minutes before the impact of Storm Francis took over, and referee Brian McLean rightly abandoned the game.

Despite the conditions - the young United side, with 15-year-old Kerr Smith excelling in defenc,e acquitted themselves excellent against the experienced Premier League visitors. They suffered the loss of a 4th-minute penalty after Graham was adjudged to have tripped an attacking blade as he manoeuvred in the box. Sharp-shooter Billy Sharp sent Deniz the wrong way from the kick but saw his effort crash back off the upright.

United's response was immediate and Glass picked himself up after being barged just outside the visitor's penalty area and fired a dangerous ball along the six-yard line that just evaded the incoming United attackers.

Deniz was called into action in 11 minutes saving at the feet of Sheffield United's record signing Sander Berge.

It was the visitors who were making most of the early running, but the young United side was showing some great expansive football in difficult conditions. In the 20th minute, a great one-two between Glass and Mochrie saw the latter being robbed of the ball before he could unleash his shot.

In the 35th minute, Mochrie again was unlucky with a blocked effort after excellent play between Cammy Smith and Declan Glass. 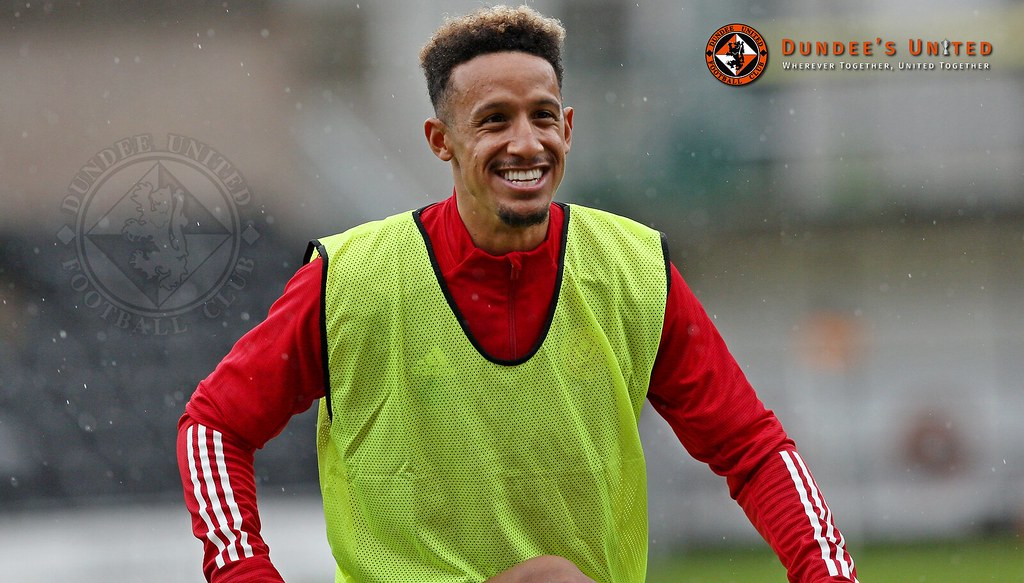 The visitors scored in the 40th minute and it was Billy Sharp with the finish after Deniz saved Berge's effort.

As conditions deteriorated, the sound of referee Brian McLean's half -time whistle brought the game to an end after he discussed the pitch conditions with both Managers and it was agreed that to abandon the match.

Afterwards, Brian Grant, who took charge of the team alongside Dave Bowman as Gaffer Micky Mellon watched from the stands, was delighted with the impact made by the young players and experienced players in the team.

Brian said, "We had a back three consisting of a 15-year-old, an 18-year-old and a 19-year-old with 20 and 23-year-old wingbacks up against English Premier League quality.

"The experience of players like Dillon and Cammy alongside our young players like Glass and Mochrie was exciting and it was a great run out against top opposition.

"It was the right decision to abandon the game, but even although it only lasted 45 minutes, this was a great experience for the team, and they stood up to the challenge very well."