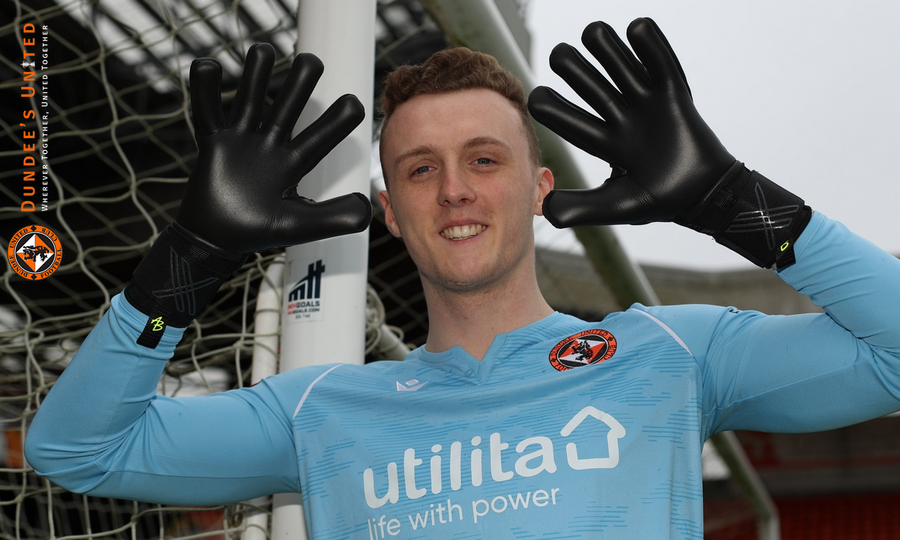 Dundee United are pleased to announce young goalkeeper Jack Newman has signed an extension to his current contract, keeping him at Tannadice until 2023.

The 19-year-old arrived at Tannadice last summer on a two-year deal and has already opted to extend his stay by another season. While game time might have been limited for Newman this season, with no reserve league and an unfortunate injury picked up in January, he has impressed every member of the coaching staff and his teammates, while also making an impact on the international stage having been involved with the Scotland Under-19 squad in October.

With the young stopper's future now even clearer, he's looking forward to seeing how his development continues over the next few seasons.

"It's brilliant to get that extra year's security," Newman told DUTV. "I couldn't say no to the club offering me another year after having such a good first one at United. From where I was at this time last year, it's night-and-day how much happier I am. Since I walked in the door everyone has looked after me and I've felt appreciated.

"Working with Neil Alexander, Benji and Deniz has been fantastic, we're like a little family. I'm much tidier now with what I do on the pitch. I used to be quite rash and make silly decisions but they've helped me calm my game down.

"Firstly, I just want to push myself and get back fit in time for preseason, then see where it takes me. I want to get as many games under my belt as I can, whether that's out on loan or here at United. It's never a bad thing to get games so, hopefully, I can get some minutes and keep progressing."

Goalkeeping coach Neil Alexander added: "Jack has been fantastic in the time he has been at the club and is a real pleasure to work with. He has exceeded our expectations in his short time he has been with us and I'm delighted that Jack has agreed to extend his contract. I look forward to continuing working with him and seeing him progress further in the future.

"His injury was a setback but he has shown a tremendous attitude and determination to his rehabilitation and, hopefully, he’ll be back to full training in the near future where we will continue his development."