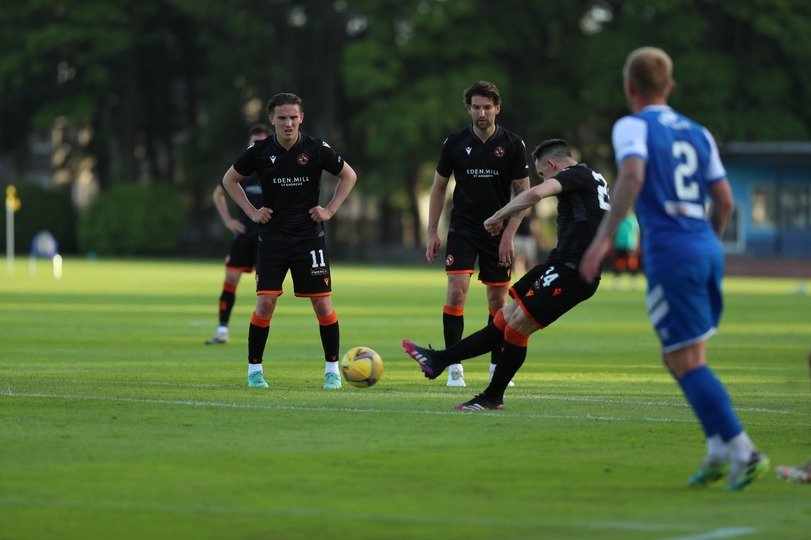 United Head Coach Tam Courts expressed satisfaction after 20 outfield players got the opportunity to play 45 minutes in tonight’s closed-door friendly with Cowdenbeath. The match ended 1-1 with Lawrence Shankland scoring the opener for United. 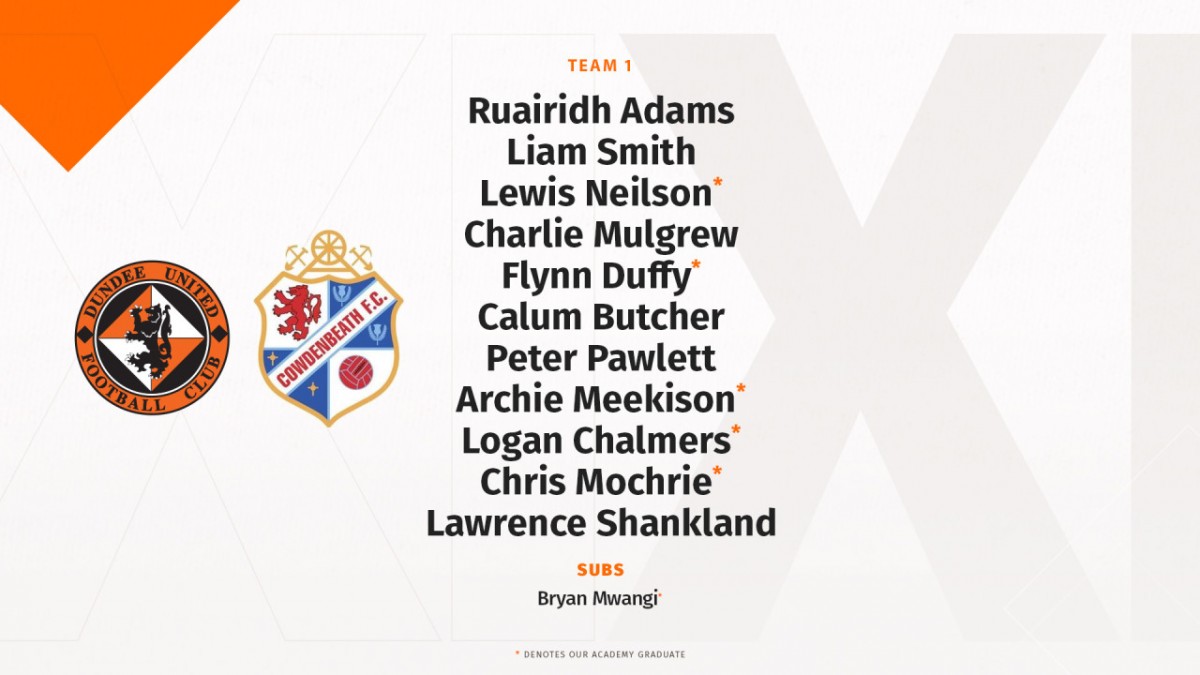 United started the game in confident fashion and almost took the lead in the 7th minute when Chris Mochrie played in Calum Butcher who saw his effort saved by the Cowden goalkeeper. As the Terrors continued to dominate the opening  stages, it was Lawrence Shankland who was next to try his luck but unfortunately the Scottish internationalist’s effort crept past the far upright.

The Tangerines, resplendent in the exclusive all-black pre-season kit, continued to set the pace as Shankland looked sharp.  It was, therefore, not unexpected when United took the lead in the 33rd minute and it was that man Lawrence Shankland who scored the goal. Our marksman elected to take a free-kick from just outside the box and slightly to the left of centre and he curled the ball around the wall and beyond the goalkeeper low into the bottom corner of the net.

The goal jolted Cowdenbeath into action and the visitors equalised in the 38th minute with a nice first-time finish from around ten yards despite the efforts of young goalkeeper Ruairidh Adams to prevent it.

United almost regained the lead shortly before half time as Pawlett and Smith combined well to create an opportunity for Smith to burst into the box but he was thwarted by the Cowden goalkeeper. 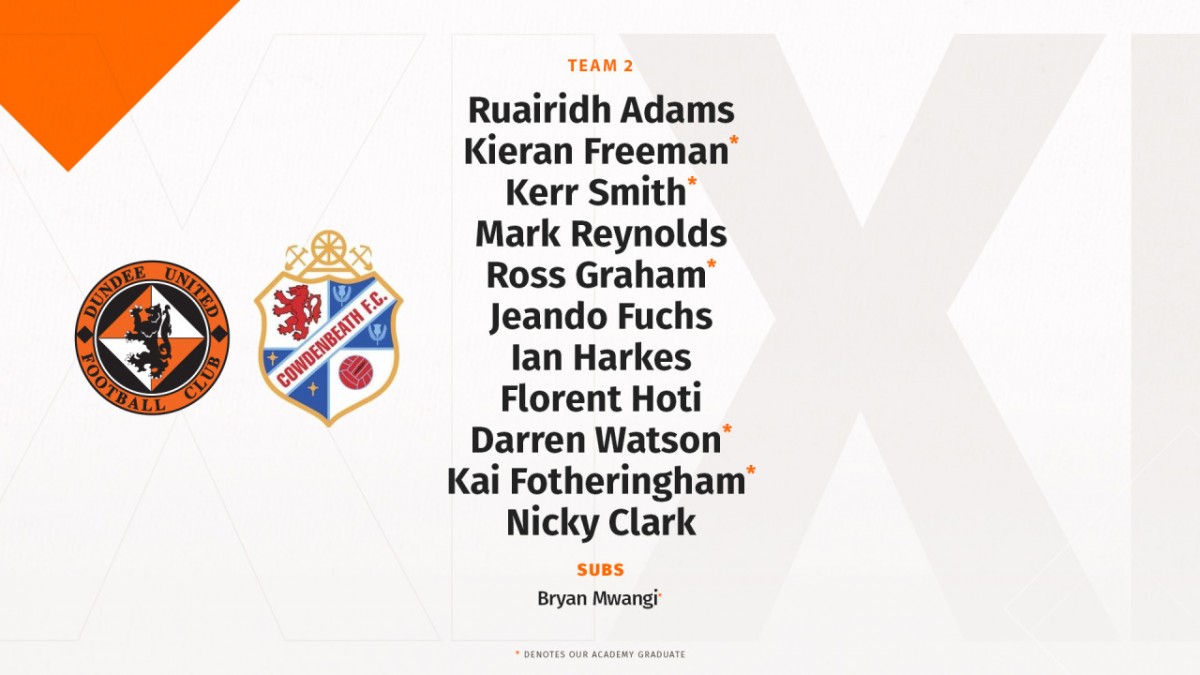 The Gaffer took the opportunity to change all ten outfield players for the second half and it was young attacker Kai Fotheringham who caught the eye early on with two efforts that pulled saves from the Cowden goalie again. Fotheringham’s flight of foot was causing the visitors' midfield and defence constant problems. His tenacity and desire down the left channel, ably assisted by Ross Graham who sent over countless dangerous crosses, were a constant threat to the Beath defence.

As the game continued to flow, it was Hoti who was next to have an effort from outside the box but his goal-bound effort was deflected over for a corner.

There was no further goal in what was a dominant, energetic and confident display by the Terrors against a well organised Gary Bollan-led outfit.

Tam Courts said: “I thought it was a thoroughly enjoyable game tonight. The boys played really well and used the ball well, showed a lot of attacking intent and actually created a number of chances - I thought their keeper was man of the match. The main thing is there were no injuries and it was good to see some of the ideas we've been working on the training pitch coming to fruition as well. I am really pleased with it.”