ROSS GRAHAM SIGNS EXTENSION BEFORE HEADING OUT ON LOAN 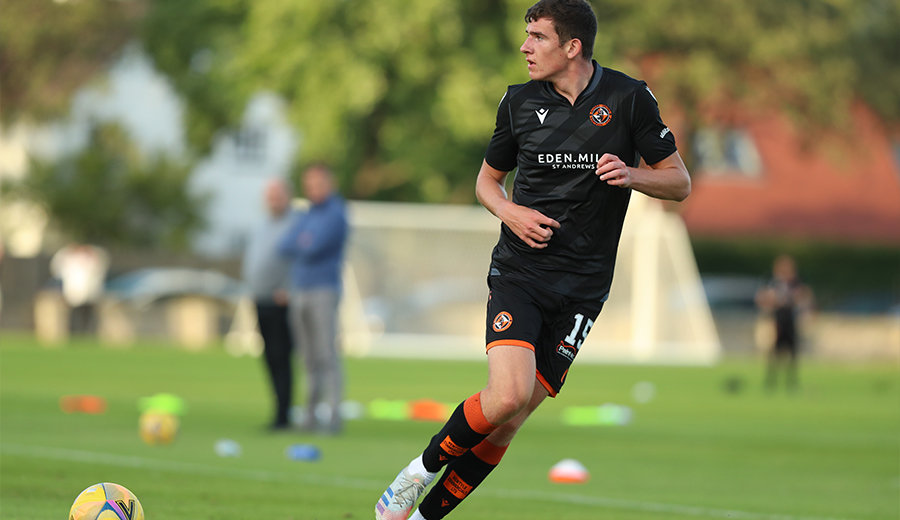 Dundee United is delighted to confirm that Our Academy graduate Ross Graham has signed a three-year contract extension.

The young centre-back has been at the club since he was ten years old and will be staying at Tannadice until at least 2024.

Ross made his United debut in August 2018 when he started the Irn-Bru Cup victory over St Johnstone Under-20s. He's made just one other appearance for United in that same competition but has enjoyed two loan successful loan spells since then.

The first came at Elgin City where he achieved six wins in eight appearances before the coronavirus pandemic struck, helping The Black and Whites to a third-place finish in League Two. Ross then joined Cove Rangers last season where he made 23 appearances as he helped Paul Hartley's side finish second in their first season in League One.

His contribution at the Balmoral Stadium saw him named Cove's Young Player of the Season.

"I'm buzzing to get this extension signed and ensure I'm a United player for a few more years to come," said Ross. "The club is showing a lot of faith in me and as a young defender that's incredibly reassuring. I hope to repay that faith by becoming a first-team regular in the future.

"Obviously, I've not made too many appearances for United so far in my career so the aim has to be fighting for a place in the team, making my Premiership debut and then holding on to it."

We can confirm that in order to aid his exciting development, Ross has joined Scottish Championship side Dunfermline Athletic on a season-long loan.

Head of Player Pathway and Loans Brian Grant said: "It's fantastic to see Ross commit his future to Dundee United, but as a young defender what he needs most right now is regular game time and he'll get that at Dunfermline.

"Not only that but he'll be fighting for a place in a team that is expected to be challenging at the top of the table. He's experienced that with Cove Rangers last season but to do it a league above in the Championship against stronger opposition will be a new experience.

"Ross will face demands and expectancy that will come with challenging at the top of the table and the loan move will serve him and the Club well for when he comes back to Tannadice."

We wish Ross all the best this season and look forward to his return.