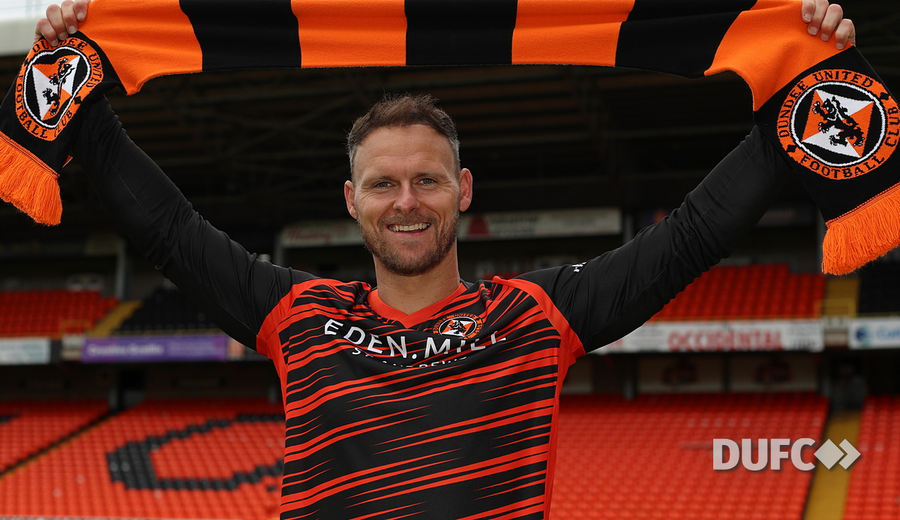 Dundee United is thrilled to confirm the signing of goalkeeper Trevor Carson on a two-year contract.

The Northern Ireland international arrives at Tannadice to compete with Benji Siegrist for a place in Tam Courts' starting XI.

Trevor began his career at Sunderland in 2008 and would go on to become a regular starter at Bury, Portsmouth, Cheltenham, Hartlepool and Motherwell. In total, the 33-year-old has made 335 career appearances, keeping more than 80 clean sheets.

"There was talk of me moving back down to England for family reasons, but once Dundee United came in for me and I spoke to the gaffer and Sporting Director Tony Asghar it was a no brainer to come here," said Trevor.

"It's such a great club with a great history, I'm so excited to be part of it. Last year was a decent return to the Premiership, but this year promises a lot more. You look at the squad, a great mix of experience and young players coming through. Hopefully, I can add my experience and know-how to that.

"Benji was one of the top goalkeepers in the league last season so I know it's going to be a challenge for me. You've got to embrace that, I've been in the game a long time and if you're not up for a challenge then you're in the wrong sport. One of my short-term goals is to come and give Benji a good run for his money. Hopefully, it will be a healthy competition.

Head Coach Tam Courts added: "Trevor is an experienced international player who has performed well in the Scottish Premiership and has built a strong reputation for his performance levels.

"He joins a motivated goalkeeping group who push each other every day, so he’s a welcome addition to what we’re aiming to do."

Trevor will wear the number 16 shirt.