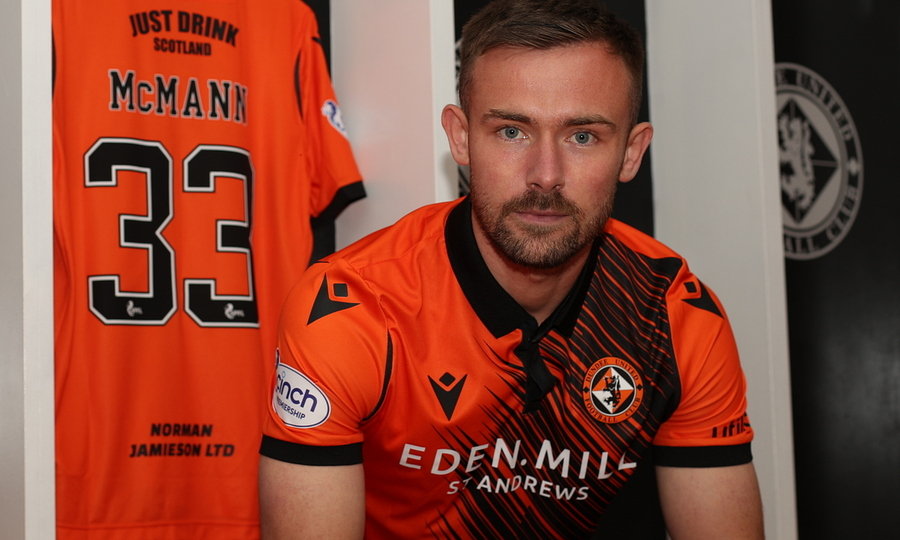 We are delighted to confirm the signing of Scott McMann from Hamilton Accies on a three-year contract for an undisclosed fee.

The 25-year-old, who can operate at both left-back and centre of defence, is a product of Hamilton's academy and has made over 180 appearances for the Accies.

In his time in the Hamilton first team, he's scored four goals and notched up 15 assists in all competitions.

Speaking to DUTV, Scott said: "When I first heard the club was interested, I was excited by it and to finally get it done is brilliant. It's a massive club with a great fan base and a great history when I heard they were interested I was all in, I just felt like it was the next step in my career.

"A strength in my game is getting forward and creating chances for strikers with crosses and set pieces so, hopefully, I can bring that to this club.

"When I spoke to the Gaffer he laid out the ambitions for the club and the plans he had for me at the club I was excited by that and it was a no brainer for me moving forward. I can't wait to play in front of the fans here when the stadium is full."

Head Coach Tam Courts added: "Scott is a player who has been on our radar for a while and he will bring real quality in the wider areas. His delivery is first class, he has a lot of experience of the Scottish Premiership he will be a great addition to the squad."

Scott will wear the number 33 shirt and will be available for our cinch Premiership match against St Mirren on September 11.

An exclusive free-to-view interview with Scott is available now on DUTV.