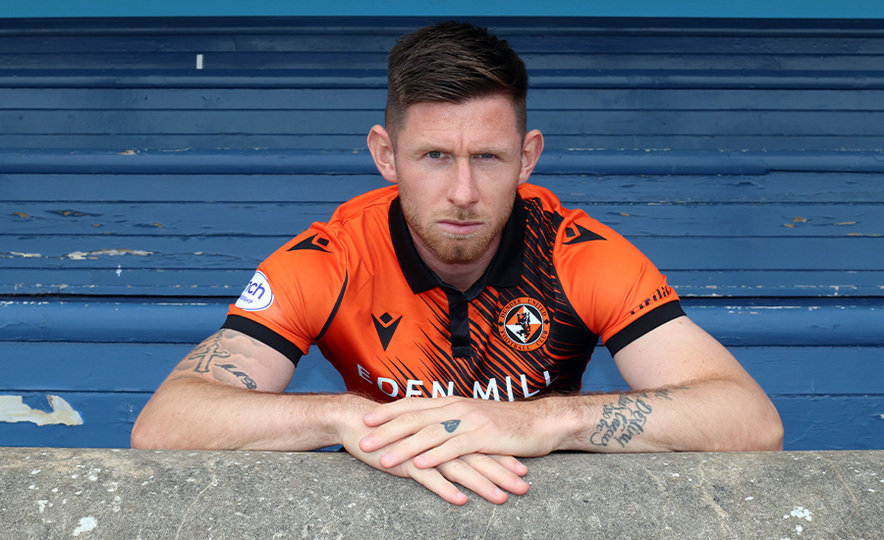 We are delighted to officially confirm that midfielder Calum Butcher has signed a contract extension at Tannadice, potentially keeping him in a tangerine shirt until 2024.

'Butch' has made 117 appearances for Dundee United across two spells, first arriving at the club eight years ago in 2013, registering five goals. This latest deal will continue to have him contracted until 2023, but with the option of a further year.

A leader both on and off the pitch, the combative midfielder was an intricate part of getting the Club back in the Premiership and consolidating our place last season while also making the Scottish Cup Semi-final. Under Head Coach Tam Courts, he continues to be one of the first names on the teamsheet.

Speaking to DUTV, Butch said: "When the Club came to me and said they wanted to extend my contract it was something I wanted to do straight away. I love it here and this is home to me now. There is still a lot I want to achieve with Dundee United.

"I've got really good relationships around the club with staff members, my teammates, the gaffer, Tony Asghar and the Chairman, and that all means a lot to me. When you got out and cross that white line you want to do well for those people, and the support we have has been great and I want that to continue.

"You don't want to talk about it too much because it's just words and you have to put it into action but there is still a hell of a lot I want to achieve at this Club. Dundee United should be finishing in the top six and competing for trophies - we just missed out on that last season.

"Hopefully, this new deal gives me the time to do that because I feel my best football is still to come."

Head Coach Tam Courts added: "Calum has been a key part of, not just the team, but the entire club for the last few years and I'm delighted that we've been able to secure a player of his quality for the prime years of his career.

"His qualities as a leader made my transition to Head Coach even easier and I see him continue to be a dominant player for us moving forward in what should be his best years."

An exclusive free-to-view interview with Butch is now available on DUTV.