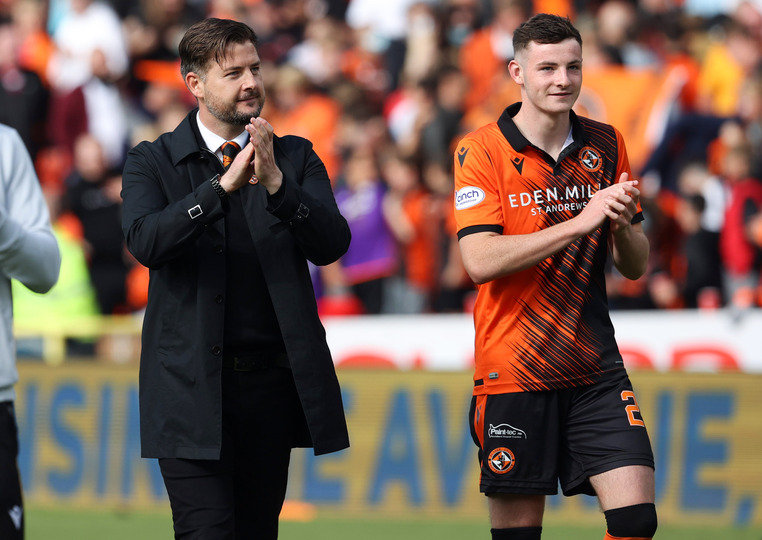 Kerr joined the Academy from Brechin City Youths aged just seven, initially playing as a striker after impressing Brian Grant amongst others with his goalscoring ability. Despite not being keen on the idea, Kerr eventually moved back to centre-half and his talent began to develop at an exponential rate, aside from a few issues with a growth spurt during his time with the U14s/U15s, thanks to the hard work of our coaches alongside Kerr's dedication. The defender signed his first professional contract in December 2020, a few months after impressing in a friendly against Sheffield United.

Kerr continued his success into 2021, making his first-team debut at Ibrox in February as he replaced Ian Harkes in the second half, before going on to secure his first start against Kilmarnock towards the end of the season. The Montrose-born Academy graduate's first competitive appearance of 2021/22 came in the Dundee Derby, where he made history by becoming the youngest player to appear in the fixture as the Terrors recorded a 1-0 win, aged just 16 years, nine months and seven days old. The following week, Kerr played 90 minutes in the middle of the back-four in our 1-1 draw at Celtic Park. These performances were rewarded with international recognition for the youngster who earned his first call-up to the Scotland U19s, as he opened his account with the national team with a clean sheet against Gibraltar in November.

Everyone at Dundee United would like to extend our congratulations to Kerr and wish him all the best for the future, and we will follow his career with pride. Kerr leaves as a shining example of the opportunity and development available for our young terrors.