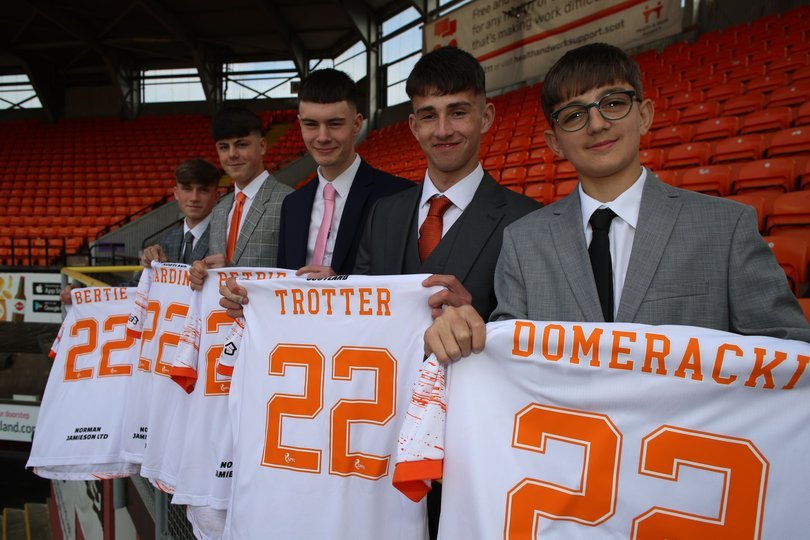 Dundee United are delighted to announce that five Academy stars have signed their first full-time professional contracts at Tannadice.

Alan Domeracki, Greg Petrie, Keir Bertie, Liam Trotter and Samuel Cleall-Harding have agreed deals and will continue their development with the Under 18s.

They will follow in the footsteps of fellow 2006s’ Rory MacLeod and Sean Borland in committing their future to the Club.

MacLeod became the youngest-ever player to play for Dundee United last season as one of 16 academy graduates to feature in the first team.

Academy Director Andy Goldie said: "We are delighted to reward the five boys with their first career milestones and the next step in their Academy journey, having demonstrated the qualities we look to identify both on and off the pitch.

"Last year’s Under 18s earned tremendous success with five of the squad involved with the First Team (four of which played) but it is important to recognise why these opportunities were rewarded and understand they are not guaranteed.

“The five boys have continued to make significant progress over the past year, all breaking into last season’s Under 18s squad and, will need to build on that momentum if they are to maximise the opportunity of full-time football.

"The next step is more challenging however, if they continue to show the same qualities as they have thus far, we look forward to seeing them grab the opportunities that will undoubtedly present themselves.

"As well as recognising the accomplishments of the boys, it’s also a rewarding moment for the Academy staff who work tirelessly to support and service our young players day in, day out.

"Although the player will always determine his own success, all Academy staff play their small part along the way and they deserve recognition for their contributions.”

You can find out more about our latest recruits below:

"I’ve been a part of the club since the age of nine and I’ve enjoyed every experience I had in them in that time.

"I would like to thank every coach I had at Dundee United, the Performance School and DUSC. It’s been a pleasure working with all of them.

"I would also like to thank my family for supporting me throughout my life of football. I am really looking forward to starting full time. My goal is to start in the first eleven of the under 18s squad and progressing to play for the first team."

Petrie said: "I’m over the moon to finally sign my first professional contract with my boyhood club Dundee United. I want to thank all the coaches I’ve had over the past ten years. They have helped get me to where I am now.

"I would also like to thank Ferry Athletic and St Johns Performance School for helping me on my journey.

"Finally, I want to thank all my family who believed in me and supported me from a young age - most importantly my gran and grandad who are unfortunately no longer with us.

"I’d also like to give a very big thank you to my dad who has come to every single one of my games and driven me all over the country for games, tournaments and training.

"I am looking forward to playing for the 18’s and improving my all round ability with a view to progressing into the first team squad.”

Bertie said: “My dad has been taking me to watch Dundee United since the age of three and it’s always been my dream to play for Dundee United.

“I’m proud to sign my first professional contract and can’t wait to get started.

"I would like to thank all of the coaches at the Academy who have helped me since I joined at the age of nine, everyone at Baldragon Academy over the past two years and my previous boys' club DUSC.

“Finally, I would like to thank my family who have supported my football journey and believed in me by travelling all over the country to watch me.“ 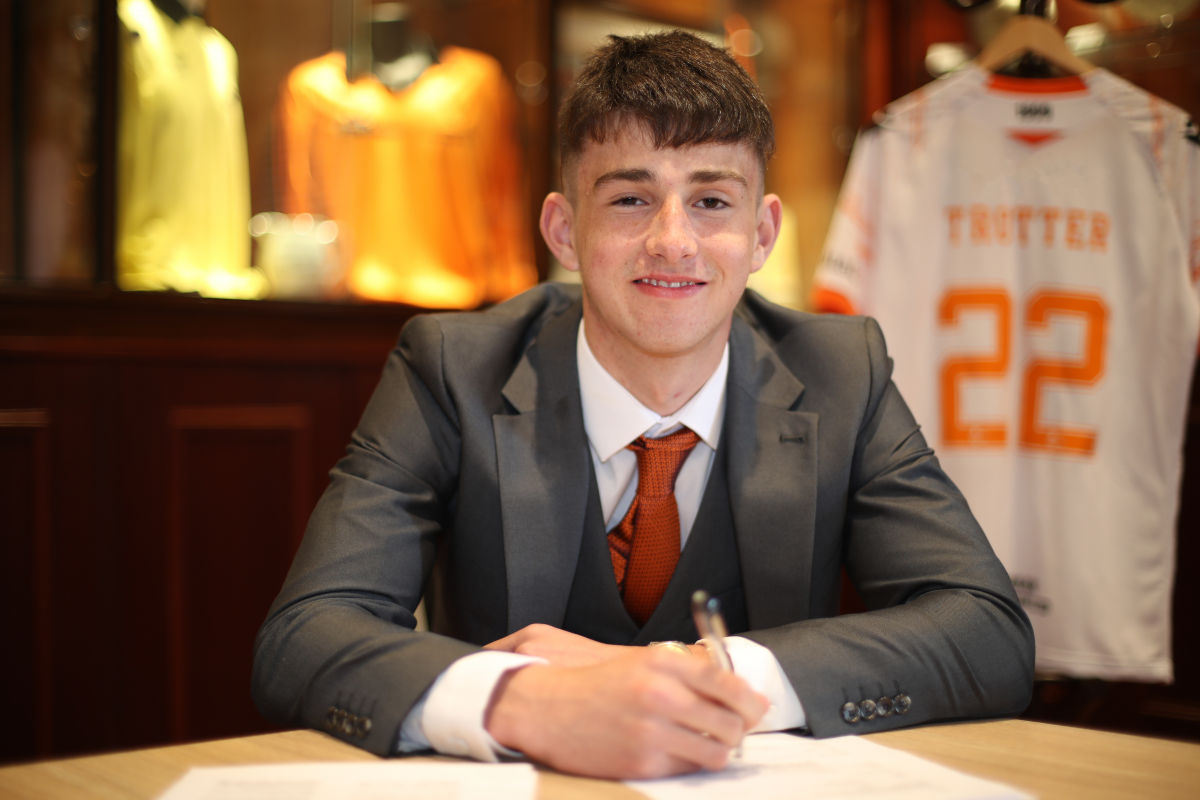 Trotter said: “It’s a dream come true to sign my first professional contract for Dundee United. I would like to thank the club for this opportunity.

“I would also like to thank the coaches and my family for supporting me and helping me get to where I am today. I’m grateful to everyone who encouraged me, believed in me and saw my potential.

“I’m looking forward to kicking on from here, developing further as a player within the under 18 squad and breaking into the first team. I’ve enjoyed being part of this great club for the past three years and look forward to many more.”

Harding said: “I’m absolutely delighted to sign for my boyhood club. I've been here since I was seven and worked hard to get to this stage. I would like to thank all the coaches I’ve had at Dundee United, everyone at Baldragon Academy and Riverside.

“I have supported the club since I was four, following them home and away and to finally sign for Dundee United means the world to me. I look forward to starting in the summer and aim to play first team football.”