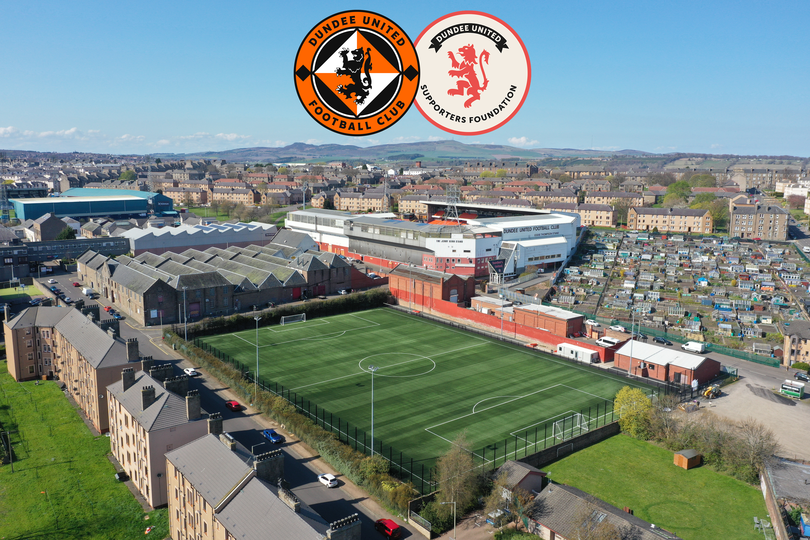 Plans to progress the Gussie Park development to Phase Two have taken a significant step forward after Dundee United Supporters’ Foundation agreed to donate a further £215,000 towards the project.

DUSF members voted overwhelmingly in favour of the proposal which will accelerate plans to create a state-of-the-art facility at the historic training ground.

The funding will also help finance the commencement of construction works for a new spectator stand as part of Phase Two.

The Club had initially invested significant funding towards the project to allow it to get off the ground.

However, DUSF are keen to eventually almost entirely fund the redevelopment of Gussie Park.

And this latest gesture sees the DUSF members commit to a further £215,000 alongside the £100,000 already invested into the project.

Dundee United Chairman Mark Ogren said: “We are committed to building strong foundations for future success at Dundee United and this represents the start of the next major milestone in the Gussie Park redevelopment.

“The Foundation has been a tremendous support to us and it’s fantastic to work with them on a project like Gussie Park. We appreciate the significant financial input from their members.

“I met with members of the Foundation a few months ago and was impressed by their determination to support the sustained success of Dundee United.

“This funding allows us to move into Phase 2 of the Gussie Park redevelopment whilst allowing us to focus on enhancing other areas of the club.”

A Dundee United Supporters’ Foundation statement said: “We are absolutely delighted that Foundation members have given such a resounding vote in favour of the proposal with such an impressive turnout.

“We believe this use of members' contributions meets our overall principle of 'ensuring our future'.

"It is a hugely important development for DUSF and DUFC as it is a significant step towards the Foundation funding the entire redevelopment of Gussie Park, allowing the Club and the Chairman Mark Ogren to direct their funds to other elements of the operational budget, including player recruitment.

"The Foundation membership has agreed previously that our funds should primarily be used to invest in bricks and mortar projects that would become an integral part of the Club’s future. Investment into the Academy redevelopment project exactly meets those criteria. "This is a remarkable effort by our members, and they should be extremely proud of what they have achieved in a relatively short time period."

Dundee United Head Coach Jack Ross has also given the Gussie Park upgrades his seal of approval in a video message to DUSF.

The Academy and Women's team will make regular use of Gussie for training and games with the facility opened up for wider use by DUCT.

DUCT leveraged £100,000 grant funding from the Department for Digital, Culture, Media and Sport with the support of the Scottish FA in making the fantastic venue accessible to the local community.

The extended partnership between Dundee United and the Community Trust will support the grassroots game through partnership work with local schools and use of the venue for community club and community programmes every week.