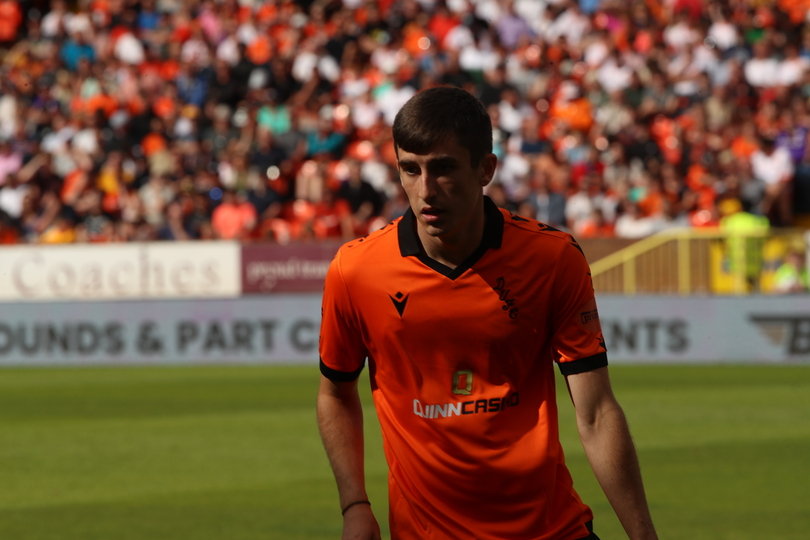 Dundee United Academy graduate Chris Mochrie will join Dunfermline on loan until the end of the season, with a January recall option.

The midfielder became our youngest ever player in May 2019 when he starred against Morton, aged just 16 years and 27 days old.

Chris held that record until February 2022, when it was surpassed by Rory MacLeod’s substitute appearance against Motherwell.

The 19-year-old made four Premiership starts last season, including a controlled performance against Rangers at Ibrox.

He notched his first goal in a 6-1 Premier Sports Cup rout of Elgin City.

Dunfermline Athletic made a positive start to their cinch League 1 campaign last weekend as they claimed a 1-0 victory over Alloa Athletic.

And they will be hoping to secure an immediate return to the Championship under new boss James McPake.

Chris has had two previous loan spells at Montrose and will now take the next stage of his development at East End Park.

Brian Grant, United Head of Player Pathway and Loans, said: “Chris is an extremely talented young player who broke into the Dundee United set-up at a young age.

“He has represented Scotland at Under-19 level and has had valuable first team experience at Montrose and for our first team.

“This loan is the next stage of his development and regular competitive football at Dunfermline can aid his progress.”