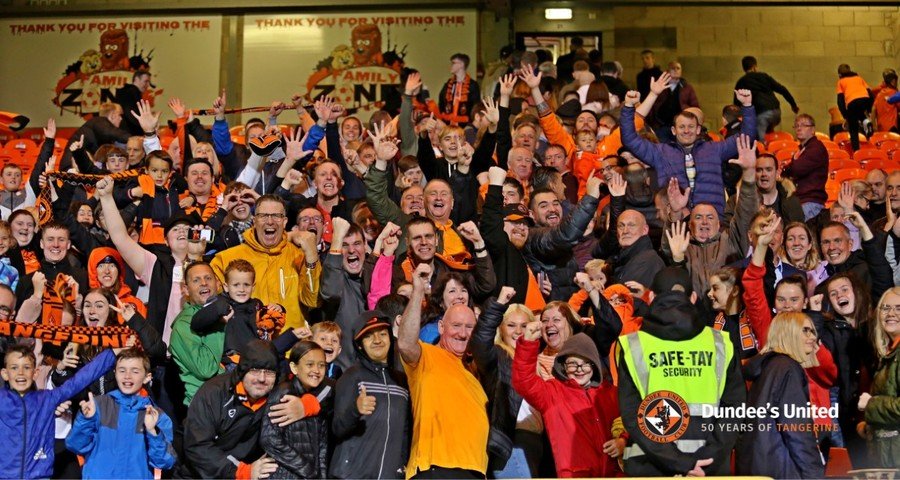 Dundee United is delighted to announce that our recently-installed online ticketing system has proven to be an incredible success as fans purchased their tickets for the upcoming derby (December 27) at a remarkable rate.

Thanks to the hardwork and dedication from those in our Ticket Centre, United fans secured their seats for the Dundee fixture in record time, with the home allocation at Tannadice selling out in under 24 hours.

A startling 83% of home tickets sold were purchased online using the new ticketing system installed during the summer in a partnership with Future Ticketing.

This significant percentage shows the enhanced usability of the new system compared to previous seasons in which online sales accounted for less than 1% of sales at most matches.

Prior to the investment in the new ticketing system, the Club decided to stop charging admin fees per ticket and make it a flat fee per order. This was viewed as an investment in our supporters, and the current statistics justify this decision also.

Even taking a comparison to the August 30 derby earlier this season creates some fantastic variables. On that occasion, United fans again sold out their allocation - in eight days. Online sales for the above fixture were 34%.

Another astonishing fact; 317 supporters took the opportunity to secure their half-season ticket seat for the derby by purchasing ahead of the public sale date.

These numbers show United fans are turning out at Tannadice and with the team responding - eight home wins out of eight in the league to date - matchdays at Tannadice are the place to be as we move towards 2020.

Half-season tickets are still on sale and, importantly, should any home tickets for the derby become available through returns, they will be given to half-season ticket holders as a priority.