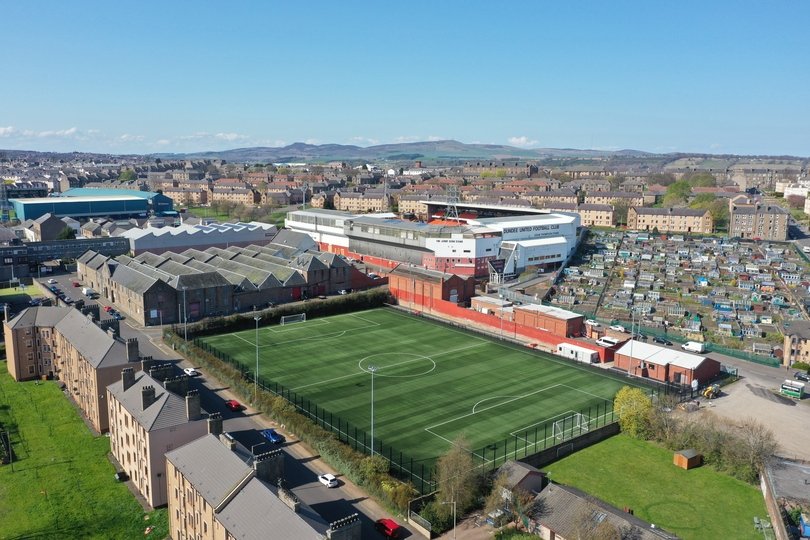 Dundee United's investment in the future will take a significant step when Gussie Park reopens on Tuesday after the completion of £300,000+ phase one work of the Academy Campus Project.

United's U18s will take on Celtic at Gussie at 7.30pm - the first game since initial renovation work was completed at the historic training facility.

The Young Terrors will benefit from a host of upgrades at Gussie Park - which has honed the talents of Duncan Ferguson, Ryan Gauld and Kerr Smith over the years.

Situated in the backdrop of Tannadice, the facility provides and inspiring environment for Our Academy to develop the skills needed to graduate to the First Team.

An impressive 15 Academy graduates have starred for the First Team this term and it's hoped the Academy Campus Project can lead to more. 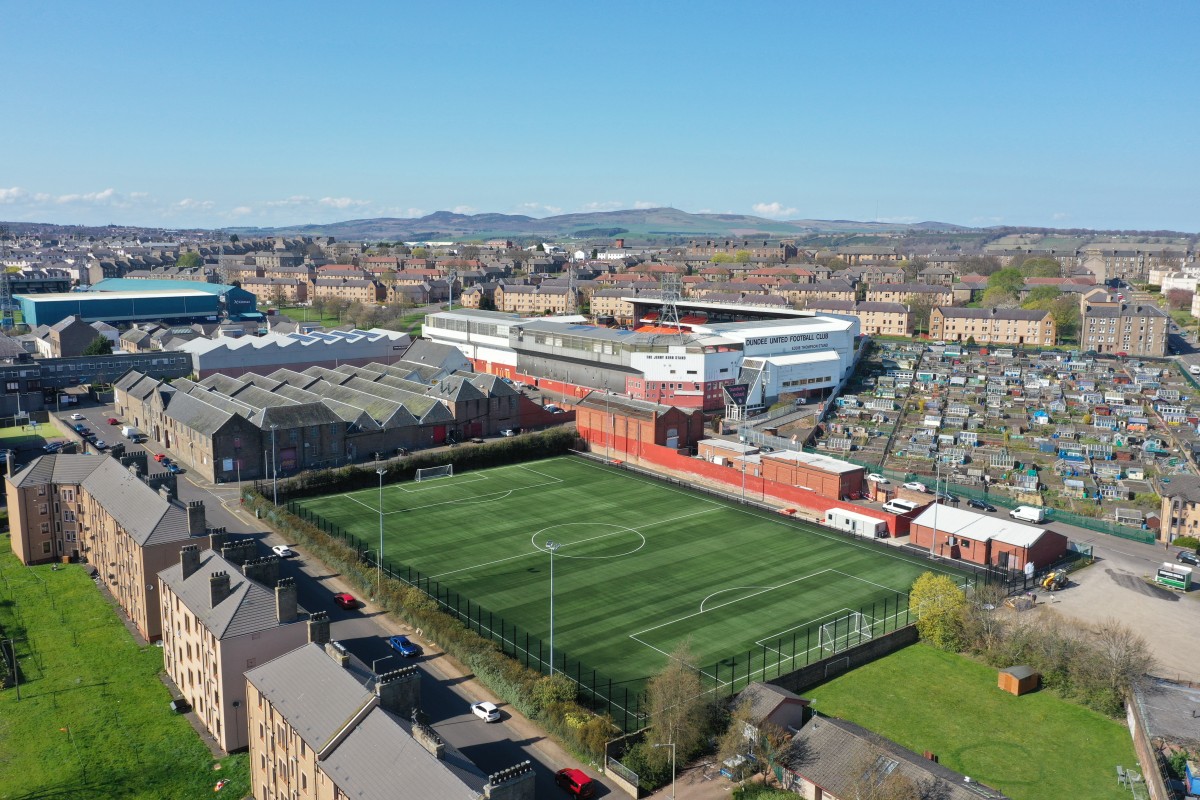 Phase one works were completed in just four months and the main event of the fresh look of our historic training facility is a brand-new FIFA Quality Pro synthetic pitch.

The 4G surface will allow for multi-purpose use, with age groups from pre-Academy to Dundee United U18s.

The park will also be illuminated by UEFA-approved floodlights which stretch high into the Dundee skyline, allowing football to be played at Gussie at all hours of the day.

New perimeter fencing has been installed, alongside barriers to separate the side of the pitch from the extended spectator area.

The dressing rooms have also been redecorated, ahead of significant planned enhancements in phase two of the initative.

"We are delighted to see the completion of phase one of the redevelopment project," said Dundee United Academy Director Andy Goldie. "This will allow Our Academy programme to return to a much improved Gussie Park.

"Planning and design for phase two of the project is already underway which, when completed, will provide Our Academy players, staff and families with an environment that drives Our Vision and Mission.

"It would be easy to rest of the successes of Our Academy this season with 15 graduates featuring in the First Team (including four Under 18s), eleven players representing their country and a profitable return on investment model. 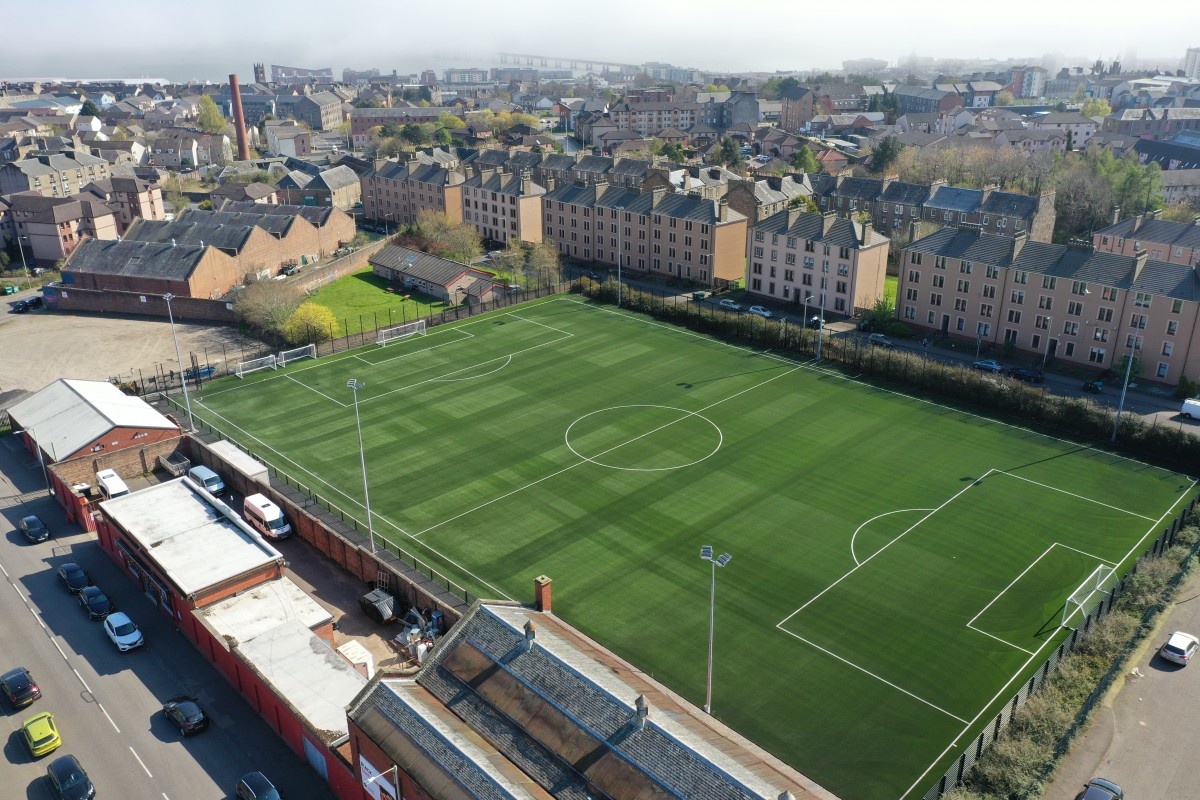 "However, the continued support of Dundee United Supporters' Foundation, Dundee United Community Trust and, of course, Mark and Scott Ogren, Tony Asghar and the Executive Board, highlights once again the ambition and importance of Our Academy within the Club’s long term strategy.”

United owner and chairman Mark Ogren has invested heavily in the project and has been signifcantly backed by Dundee United Supporters' Foundation.

DUCT also leveraged £100,000 grant funding the Department for Digital, Culture, Media and Sport with the support of the Scottish FA in making the fantastic venue accessible to the local community.

The extended partnership between Dundee United and the Community Trust will support the grassroots game through partnership work with local schools and use of the venue for community club and community programmes every week.

Gussie Park will also continue to host the school holiday provision, delivered by the Community Trust.

The DUSF have played a pivotal role in the renovation, as they looked for a sustainable project to invest their membership revenue into.

After selecting Gussie Park as a fixed asset that was worthy of their investment due to it tying into their promise of 'Ensuring the Future', the decision was put to the members to vote on.

The motion passed unanimously and now the DUSF have injected more than £100,000 to bolster the funding from Ogren and the £100,000 SFA grant obtained through Dundee United Community Trust.

DUSF will ballot their members on future funding as we enter stage two of the facility's redevelopment.

The second phase could also see a viewing balcony added alongside analysis suites to cement Gussie Park as Our Academy's hub for operations.

The ultimate aim of Gussie's refurbishment, which has been project managed by Academy Director Andy Goldie with assistance from Academy Operations Manager Ben Mitchell, is to make Dundee United increasingly attractive to young players, who then can develop in an environment second to none.

"Following DUSF's £100,000 investment we are excited to see this phase of the Gussie Park campus coming to fruition," said DUSF's Martin Manzi.

"The overriding principle that our members have supported is that Foundation funding should go to projects that would be a permanent asset for the club, and would enhance the club's capability to attract and retain high quality academy prospects.

"This work, on and around the Gussie Park pitch, certainly falls into that category."

Jamie Kirk, Chief Executive for Dundee United Community Trust, added “We identified investment in facilities as a key component of our strategic plan and I’m really pleased that we’ve been able to achieve that as part of this expansion of our partnership with the Football Club.

"Gussie Park is hugely important to the local community and plays a key role in the health and wellbeing of hundreds of local people every week.

"Playing in the shadow of Tannadice is awe-inspiring and by being a key partner in this project, we’re able to continue to use the Dundee United brand to grow the grassroots game and improve the lives of people in Dundee.

"We’re very grateful for the support received from DCMS and our key partners at the Scottish FA and our team looks forward to getting back on the pitch.”